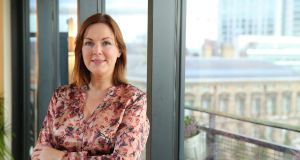 CBI NI director Angela McGowan said firms in the North wanted to see a system that was “both open and controlled, values people’s contribution beyond their salary and works for all parts of the UK”.

The UK government is “not listening to the repeated concerns” of the Northern Ireland business community, which has warned that proposed new immigration policies after Brexit could “have a hugely negative impact”.

The government published a new policy paper on Tuesday in which it outlined plans to end free movement and replace it with a UK points-based system that will “transform the way in which all migrants come to the UK to work, study, visit or join their family”.

But business organisations in the North have warned that the new system could lead to skills shortages in Northern Ireland and do not address the specific economic challenges that exist .

Confederation of British Industry Northern Ireland director Angela McGowan said firms in Northern Ireland accepted change was coming but wanted to see a system that was “both open and controlled, values people’s contribution beyond their salary and works for all parts of the UK”.

“The proposed new system continues to pose real challenges for businesses in Northern Ireland. Key sectors, in particular our vital agrifood industry, will be concerned about how they can recruit people across all levels of skill they need, not only to grow but to fulfil existing commitments, ” Ms McGowan said.

“Against a backdrop of a highly competitive labour market and a declining working-age population, many Northern Irish firms, even those fully committed to investing in training and development, need migrant workers to grow and compete.”

Retail NI chief executive Glyn Roberts said the proposed system would have an impact on everybody’s daily life in the North.

“Retail NI has concerns that these plans do not go far enough for our local retail, wholesale and hospitality sectors. It is clear that the UK government is not listening to the repeated concerns expressed by the business community in Northern Ireland,” Mr Roberts said.

“EU nationals make a significant and welcome contribution right across our supply chain, with production, wholesaling and retail. The proposed salary threshold will have a hugely negative impact on all of these key industries,” he added.

The Northern Ireland Chamber of Commerce has also stressed that key sectors such as hospitality, tourism and healthcare would “struggle due to shortages of staff and full employment” under the proposed new UK immigration system.

Christopher Morrow, head of policy at the Northern Ireland Chamber, said: “With no route for low-skilled, temporary employment and no time for businesses to adapt, the speed and scale of these changes will require significant adjustment by businesses and have implications for a region where access to skills and low productivity are already serious concerns.”

Meanwhile, Michael Bell, executive director of the Northern Ireland Food and Drink Association, said businesses were already worried about the “cumulative impact of the changes Brexit will bring”.

He said the prospect of losing access to the EU labour market would heighten those concerns.

“It is essential that any immigration strategy takes into account the specific needs of industry in Northern Ireland – addressing the gap in higher-skilled roles across various sectors while also maintaining access to the EU market for lower-qualified roles,” he said.