Banks in a bind; SuperValu boss departs; and €46m dividend at Copper’s 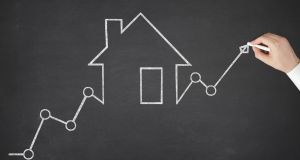 Rents are continuing to rise, but property prices are falling, according to the latest Daft.ie housing report. Photograph: iStock

New guidance from the European banking regulator on managing loans granted payment holidays has undermined the Irish banks’ hardline position on charging interest, writes Joe Brennan. It comes as Central Bank governor Gabriel Makhlouf showed himself at odds with lenders on the issue.

It was a busy day for Mr Makhlouf who also told the Oireachtas Covid committee that the Central Bank is considering taking legal action to resolve standoffs between insurers and businesses over whether losses resulting from Covid-19 should be covered by insurance companies.

The latest monthly report on the property market from Daft.ie shows that rents are still edging higher but house prices are dropping. Peter Hamilton looks at the figures.

Martin Kelleher, who runs the SuperValu and Centra retail chains, has shocked the industry with the announcement that he is leaving Musgraves after a 24-year career. Mark Paul reports.

Rival BWG, which owns the Spar, Mace and Londis brands in Ireland, says it is looking at the potential for online delivery after its franchisees made special arrangements for customers during the lockdown. But CEO Leo Crawford tells Mark that nobody has yet cracked how to make it pay.

Workers at Shannon Airport have rejected moves to cut jobs and impost a 20 per cent pay cut on all staff earning more than €30,000 until 2023. Barry O’Halloran reports.

And businessman Denis O’Brien has been refused access to communications about him between journalists and politicians and the public relations company Red Flag Consulting by the High Court, but he has been granted access to other material in his ongoing defamation battle with the PR group.

Among a series of reports on the EU economy, the OECD says Ireland will fare marginally better that the average among its European peers in terms of growth but it will take a bigger hit on jobs. Peter Hamilton reports.

But the good times are still paying dividends for some. Cathal Jackson, the former garda who set up Copper Face Jacks nightclub in Dublin saw the business – currently closed by the Covid crisis – pay a €46 million dividend last year. Gordon Deegan has the details.

Meanwhile, the McKenna family, who run the Power City chain of electrical retailers, have again taken a €3 million dividend out of the business, according to its latest results, writes Colin Gleeson.

Travel aside, things will return to normal more quickly than people think, Frank Appel thinks. He’s the boss of parcel delivery group DHL operating in a sector that has done well through the coronavirus crisis as locked down families have relied increasingly on online purchases. He spoke to Peter Hamilton

Maybe, maybe not. In his Bottom Line column, Eoin Burke-Kennedy argues that Fianna Fáil ministers may be a very different group to those who ran the economy into the ground a decade ago but their housing policy has evolved very little in the meantime, and that does not bode well for tackling our housing crisis.

In Commercial Property, Savills has been engaged on the proposed sale of a key 9-acre site next to the Port Tunnel that could fetch ¤100 million. Ronald Quinlan has the details.

Finally, Kennedy Wilson has completed the third and final phase of the largest residential rental scheme in Ireland at Clancy Quay which has 845 apartments.