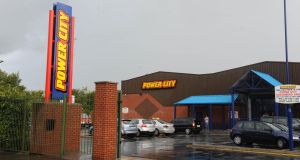 Employment at Power City was steady, with staff numbers rising by just one last year across the group to 255

The McKenna family, which owns Power City, last year shared a €3 million dividend from the retailer, according to recently filed company accounts.

Power City is an electrical retailer with 11 stores located in the greater Dublin area, including in Tallaght, Blanchardstown, Sallynoggin, Finglas, Coolock, Fonthill, Carrickmines and Swords. There are also stores in Bray, Naas and Drogheda.

Costs, which the company said “continued to be well managed”, rose slightly, resulting in a decrease in profit before tax to €6.24 million from €6.42 million the year before. The profit after tax amounted to €5.4 million, which was down fractionally on the €5.5 million in 2018.

A dividend of €3 million was paid out to the four members of the McKenna family who own and control the company. The sum was the same as that paid out in previous years.

Total comprehensive income for the period was down by more than half from €5.9 million to €2.9 million, mainly due to an actuarial loss in the pension scheme.

Employment at Power City was steady, with staff numbers rising by just one last year across the group to 255. Staff costs totalled €8 million, in line with the previous year.

Directors’ remuneration for the six directors who served last year – including the four members of the McKenna family – totalled €949,000, made up of emoluments of €794,000 and €155,000 in pension contributions.

Among the main risks highlighted by the directors was the UK’s exit from the European Union, which they said “could cause disruption and create uncertainty” in the business, and in particular “the interaction with key suppliers”.