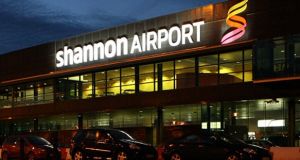 Workers have rejected plans by Shannon Airport to seek voluntary redundancies from its 230 staff and cut pay by 20 per cent until 2023.

Unions at the State-owned airport are seeking talks after its chief executive, Mary Considine, told workers it wanted voluntary redundancies and a pay cut for staff earning more than €30,000.

“The lack of consultation with staff and their representatives is appalling, and will not assist in reaching an agreeable solution to the difficulties of the airport company.”

The unions, including Siptu, Connect and Fórsa, argue that the voluntary redundancy terms offered by Shannon are completely unacceptable.

“The unions will be seeking the same terms regarding voluntary redundancy that are on offer to airport workers in DAA, ” said Mr McGowan.

DAA, the State company responsible for Cork and Dublin airports, is offering up to two years’ pay to workers volunteering for redundancy.

The unions say that airport management did not discuss the redundancy scheme’s terms with workers’ representatives before publishing them. Mr McGowan said unions would demand that the airport withdraw the proposals and begin meaningful talks without delay. “We will be consulting our members in the coming days to discuss the best means of defending the interests of Shannon Airport workers.”

Fórsa official Johnny Fox questioned the timing of Shannon’s letter to staff ahead of the expected publication on Friday of a report from the Government’s Task Force on Aviation Recovery.

Shannon Airport has told the task force that it needs cash to secure new routes and restore current services. The State-owned airport also wants the Covid-19 wage subsidy scheme extended to March next year for aviation and tourism.

Shannon argues that, as it handles less than three million passengers a year, it qualifies for funding for regional airports under EU rules, in common with Knock and Kerry airports.

An airport spokeswoman confirmed that, in light of the catastrophic impact of Covid-19 on Shannon, it had written to staff proposing several cost cuts.

“As we are in dialogue with employees and union representatives it would be inappropriate to comment further,” she added.