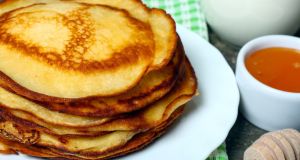 Strike action at one of Northern Ireland’s largest bakeries could “shut down production of pancakes” before Shrove Tuesday, impacting sales at a peak period, union leaders have warned.

The Unite trade union said that 75 per cent of its members at Allied Bakeries in Belfast have voted for strike action as part of a campaign to secure a 5 per cent pay rise.

Sean McKeever, regional officer for Unite, said management at the bakery, which is part of Associated British Foods, have been officially informed about the proposed industrial action.

The Allied Bakeries plant in Belfast produces the Sunblest, Kingsmill, Burgen and Allison breads range and also pancakes for the Northern Ireland and wider-UK market.

Mr McKeever said: “The strike is set to commence two weeks before Shrove Tuesday and will shut down production of pancakes at the Castlereagh Road site, the sole source of jammy pancakes for the UK market.

“It appears highly likely that the industrial action will affect the supply of pancakes to the UK for Pancake Tuesday.”

According to Unite, Allied Bakeries has offered its workers in the North a 2.2 per cent pay increase. But Mr McKeever said this has been rejected by the union.

“Once you strip out shift premiums, overtime and bonuses, the basic rate of pay is actually significantly less than the current minimum-wage threshold,” he said.

A spokeswoman for Allied Bakeries said: “We are proud of our reputation as a long-term and stable employer in the community and are therefore disappointed that some of our employees have voted for industrial action over pay.”

It said that all the staff who had balloted are paid above The Living Wage Foundation’s recommended UK hourly rate “and provided with a range of in-work benefits including life insurance and pension provision”.

“Our hope remains that we can resolve this situation without disruptive industrial action,” the bakery said.

Last month, workers at one of the North’s other leading bakery groups voted to accept an “inflation-busting” pay deal after management raised their initial pay offer to avoid all-out strike action also organised by Unite.

Hovis, which produces a range of in-house bakery brands such as Hovis, Nimble, Ormo and Mothers Pride and also own-label products for some of the UK’s biggest retailers including M&S, Tesco, Sainsbury’s and Lidl, increased their pay offer to employees in the North to 4 per cent.