Kellogg disappoints with fall in earnings

Cereal maker hurt by sale of cookie business to Ferrero 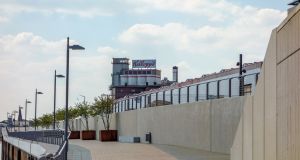 Breakfast cereal maker Kellogg on Thursday forecast full-year earnings well below market expectations, hurt by the sale of its Keebler cookie business and other assets to Nutella maker Ferrero. Shares in Kellogg fell 6.3 per cent in premarket trading.

Kellogg, which makes Pringles, Cheez-Its and Pop-Tarts, said it expected adjusted earnings per share to decline by between 3 per cent and 4 per cent in 2020, rather than the 3.8 per cent increase analysts had expected, according to Refinitiv. Over the past year, the company has undergone a restructuring, hoping to revitalise its business and attract health-conscious consumers, who are not buying the sugary cereals that were once a staple of American breakfast tables.

In April, Kellogg sold Keebler and its fruit-flavored snacks, pie crusts and ice-cream cones businesses to Ferrero for $1.3 billion so it could focus on its core cereals and snacks businesses.

The divestments also hurt fourth-quarter sales, which declined 2.8 per cent to $3.22 billion.

Excluding items, Kellogg earned 91 cents per share in the fourth quarter, beating analysts expectations of 85 cents per share, according to IBES data from Refinitiv.

Kellogg has ramped up spending on promotions and advertising, while making snack-pack versions of classic products that appeal to on-the-go shoppers. – Reuters