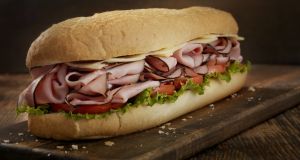 Although Greencore sources about 70 per cent of ingredients from the UK, it relies on imports from Europe for items such as lettuce and tomatoes.

Greencore, which makes three out of every five sandwiches sold in the UK and supplies supermarkets such as Marks and Spencer (M&S) and the Co-op, has prepared extensive contingency plans for a no-deal departure from the European Union.

“We’re trying to plan for port disruption and mitigate it by changing recipes and looking for local suppliers where they exist,” chief executive Patrick Coveney told the Financial Times. “About one-quarter of our products would have a different no-deal Brexit recipe if needed.”

Pret A Manger has been working with its wholesaler Reynolds to expand the list of approved growers it can turn to in countries such as Spain for fresh items including lettuce, cucumber, tomato, onion and spinach.

Chilled packaged sandwiches have become a staple of British and Irish diets since M&S started selling them in 1980, with £8 billion (€9 billion) spent on them a year, according to the British Sandwich Association. But the simplest of lunch options relies on complex, just-in-time cross-border supply chains.

Bread is baked domestically in Britain but many of the fillings, from cheese and ham to rocket and tomatoes, are imported from Europe by road – making them vulnerable to shortages and price rises if there are delays at ports.

Greencore alone makes 7,500 deliveries to UK retailers per day, while Pret A Manger operates more than 400 stores, each with its own kitchen. Like the entire food and drink sector, they rely heavily on workers from the EU.

Although Greencore sources about 70 per cent of ingredients from the UK, it relies on imports from Europe for items such as lettuce and tomatoes that are found in nearly all its sandwiches.

While Greencore has also looked into bringing in fresh vegetables by air from Africa, Pret will try not to resort to air freight because of the environmental impact and quality issues.

In its own planning document, “Operation Yellowhammer”, the UK government admitted it was difficult to predict the full impact on the supply chain for food and agricultural products and said “there is a risk that panic buying will cause or exacerbate food supply disruption”. – Copyright The Financial Times Limited 2019