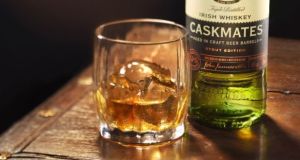 This marks the brand’s 29th year of consecutive growth with volumes rising 12 per cent compared to 2017 while value growth increased 14 per cent.

Irish Distillers said the biggest markets for Jameson and other brands in its whiskey portfolio continue to be the US, South Africa and Russia, followed by Ireland and the UK.

Sales of Jameson Caskmates, a variation of the flagship whiskey that is aged in craft beer-seasoned barrels, reached 300,000 cases globally. This was in part due to particularly strong sales in the US, where growth jumped 86 per cent aided by the launch of a special IPA edition. Caskmates also saw growth sales in duty free and travel retail in Europe, as well as increased sales in South Africa and Ireland.

Irish Distillers’ prestige range, which includes Redbreast, Green Spot and Midleton Very Rare, recorded 12.8 per cent volume growth over the year. Redbreast grew by 14 per cent in volume terms over the year.

According to Irish Distillers, which was acquired by drinks giant Pernod Ricard 30 years ago, the company reported 6.1 per cent volume growth and 4.9 per cent sales growth in the local spirts market over the last 12 months.

The company’s prestige range was up 23 per cent in the Republic while Jameson rose 9 per cent.

“Irish whiskey is the fastest growing premium spirit in the world. Sales of Irish whiskey now account for more than one third of all Irish beverage exports, and we are immensely proud of the strong performance of our full portfolio of Irish whiskeys cementing our position as the makers of the world’s most enjoyed Irish whiskeys,” said Irish Distillers’ chairman and chief executive Conor McQuaid.

Fish and chips: How to cook them just like the chipper