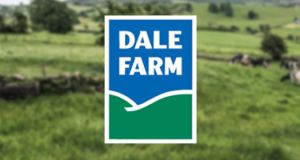 Management at Dale Farm, a Northern Irish dairy co-op owned by 1,300 farmers, has hit back at claims that it has refused to enter into union negotiations over a pay dispute that could escalate into strike action.

Unite claims 75 per cent of maintenance workers employed at three of Dale Farm’s plants in the North have voted in favour of strike action because of a pay row.

The union claims maintenance workers are unhappy because they have not been offered the same wage increase as production workers and that negotiations to resolve the issue had “collapsed”. But a spokeswoman for Dale Farm has refuted the claims.

“These employees were offered an above-average pay increase in April 2018. We have been in liaison with Unite and have not at any stage refused to discuss queries around pay increases or the concerns of the employees involved. We continue to work with Unite to resolve this matter as soon as possible.”

She said the number of employees “represented by Unite at Dale Farm is approximately 1.5 per cent of our total workforce”.

It said the co-op valued its “relationship with all unions” represented within the organisation.

Dale Farm is one of Northern Ireland’s most successful co-ops. Last year it reported a record jump in group turnover to £481 million with pre-tax profits also increasing to £10.1 million, for the 12 months ending March 2018.

1 Boeing identifies new software flaw in grounded 737 Max
2 Barclays to cut 100 senior roles as lender seeks to rein in costs
3 ‘Life in Vilnius reminds me of Ireland in the 1990s’
4 Markets: IT group with Belfast HQ enters North’s £1bn league
5 The Irish economy is thriving but if you’re not feeling it – here’s why
6 Hogan warns Britain on US trade deal as EU set to impose tariffs
7 GoMo is being investigated by advertising authority
8 ‘We stuck our heads in the sand for a long time’
9 Dublin housebuilder records €11m gain after striking deal with bankers
10 Irish people like nothing more than being bribed with their own money
Real news has value SUBSCRIBE