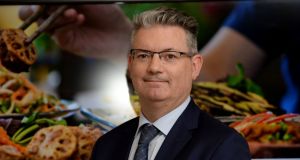 Kerry Group has turned to Wall Street giant Goldman Sachs to help it seal what would be the largest deal carried out by an Iseq-listed company, according to sources.

Advice from the investment bankers at the US group have helped Kerry to pitch an offer said to have left it as the leading contender to buy a nutrition business currently being sold by US chemicals group DuPont de Nemours with a price tag of $25 billion (€22.5 billion).

It is believed that talks, centred around a share-based tie-up, are at a very advanced stage. It would double the size of Kerry, which has a market value of €20.5 billion, and allow it to leapfrog CRH to become the biggest component of the Iseq.

However, Bloomberg reported on Monday that New York-based International Flavors & Fragrances had emerged as a strong contender to challenge Kerry’s bid for the DuPont unit.

A deal with Kerry would see chief executive Edmond Scanlon, two years in the job, depart from Kerry’s historical strategy of focusing on small, bolt-on deals – including more than 200 purchases in the past 25 years alone. This has allowed it to build a global nutrition business with about €7 billion of revenues, selling ingredients to beverage, confectionary, culinary food and pharma companies.

A spokeswoman for Kerry Group and spokesmen for Goldman Sachs and DuPont declined to comment.

Bank of America Merrill Lynch analysts told clients in a note last week that Kerry would be able to boost its position in ingredients, probiotics, cultures and food protection, and improve its emerging markets exposure as well as its margins with a tie-up with the DuPont unit. It would also double Kerry’s group sales and increase its pharma customer base and exposure to the fast-growing market for meat substitutes.

However, the industrial biosciences part of the DuPont unit – which accounts for about a third of its $7 billion revenue – would be an odd business for Kerry to take on, with its focus on areas such as animal nutrition, detergents, biofuels and fertilisers.

“The deal would be transformative for Kerry, making it a multiple of the size of its nearest peer in terms of revenue, significantly increasing its functional ingredients capabilities, and adding at least 20 per cent to [earnings per share] depending on synergies,” Mr Molins wrote in a report published last month.

He said the transformational merger with the DuPont unit would also raise questions about the future of Kerry’s legacy consumer foods business, where brands include Dairygold, Denny and EasiSingles cheese slices. This business accounted for less than a fifth of group sales last year.

Dealreporter, a publication that specialises in covering mergers and acquisitions activity, first reported in October that Kerry was in pole position to buy the DuPont unit, which the seller is looking to execute through a tax-efficient deal called a reverse merger trust.

This would involve DuPont handing its shareholders stock in the unit being sold, which would then merge with another business, in this case, Kerry. As long as shareholders in the DuPont nutrition business own at least 50.1 per cent of the combined entity, the original spin-off of the DuPont unit is a tax-free transaction for the US group’s shareholders.

Much of the business DuPont is selling stems from its acquisition in 2011 of Danisco, a Danish food ingredients and enzymes business, for $6.3 million. Kerry was reportedly interested in Danisco at the time.