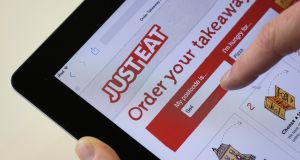 Takeaway delivery group Just Eat advised shareholders not to accept a 710 pence-a-share cash offer from Dutch investment group Prosus, saying it was inferior to its agreed deal with Takeaway.com to create the largest food delivery player outside China.

“Your Board believes that the Takeaway.com combination provides Just Eat shareholders with greater value creation than the Prosus offer,” it said in a letter to investors on Monday, adding that the Prosus offer also significantly undervalued Just Eat on a standalone basis.

Takeaway.com said it was “strongly committed” to a deal that would bring together the two most profitable European food delivery websites; Just Eat in Britain and Takeaway.com in the Netherlands.

“Our team has a proven ability to win in competitive markets and has defeated numerous competitors in many countries, whether large scale tech giants or well-funded, own-delivery challengers.” Takeaway.com chief executive Jitse Groen said.

“We remain strongly committed to the merger.”

Internet giant Prosus, which is also based in the Netherlands, gatecrashed Just Eat’s agreed all-share deal with Takeaway last month, with a $6.3 billion cash offer.

Takeaway’s bid values Just Eat’s shares at about 690 pence each based on Friday’s closing prices. – Reuters