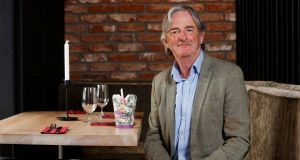 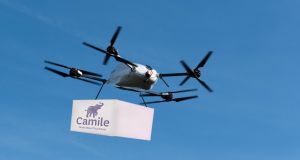 Restaurant delivery group Camile Thai is to create 220 jobs locally and at least 80 more in Britain as part of a major expansion.

The company is also intending to raise €10 million as part of a plan to progress with a technology-centric strategy that includes automating kitchen operations and drone deliveries.

Camile Thai is to open 15 new outlets across Ireland and Britain with new Irish locations including The Point Village in Dublin, the refurbished Frascati centre in Blackrock and elsewhere in counties Waterford, Mayo, and Cork.

Among the 220 local jobs announced are roles in retail, business development, sales, marketing and in the restaurants.

Additionally, Camile is also expanding its franchise-as-a-service model, which it introduced last year. The model targets venues that have been forced to close due to lockdown measures, but which have professional cooking facilities that could be converted into “cloud kitchens” for home delivery, even while they remain closed.

Entrepreneur Brody Sweeney, who previously operated the O’Brien’s sandwich bar chain, co-founded Camile Thai Kitchen at the height of the last recession in 2010. It now has more than 35 outlets across Ireland and Britain.

“Despite an extremely difficult year for the hospitality sector, for Camile 2020 has seen rapid growth. Our suburban, delivery-focused model has proven to be pandemic-proof in the last 11 months, not least in terms of revenue and sales. This has enabled us to not only push forward with our aggressive expansion plans, but also to prematurely move ahead with our main goal – our tech pivot,” he said.

“For us, we see tech playing such an incremental role in terms of food preparation, but also user experience and of course, delivery.”

Camile earlier this month announced the appointment of Brian Caulfield and Andy McCue as non-executive directors.

Mr Caulfield is a serial entrepreneur, venture capitalist and angel investor, who is well known in the Irish investment community. Mr McCue previously served as chief executive of Paddy Power and more recently in the same role with The Restaurant Group, the London-listed company, whose brands include Wagamama, Garfunkel’s and Chiquito.