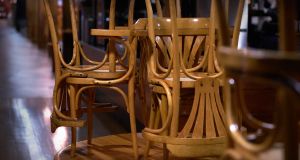 Cider and beer maker C&C Group was challenged by the Irish accounting watchdog over the €47.6 million coronavirus-related financial charge it booked last year, before the World Health Organisation (WHO) declared a global pandemic and the Republic and the UK announced lockdown measures.

The charge contributed to C&C reporting an €82.7 million net loss for its financial year to the end of last February.

While the Irish Auditing & Accounting Supervisory Authority (Iaasa) said in a report published on its website this week that it accepted C&C’s explanation for the timing of the charge, it told the company it should have provided additional information in its accounts to back this up.

International accounting rules say companies should value assets on their balance sheets on the basis of conditions that are in existence as of the end of a reporting period.

If information comes to light after the balance sheet date that provides evidence that certain conditions existed during the reporting period, companies can take that into account as a so-called post-balance sheet adjusting event.

Iaasa said that it was not “readily apparent” to the watchdog from C&C’s latest annual financial statements why the company accounted for the coronavirus hit in the period to the end of last February, when the WHO only declared Covid-19 a global pandemic on March 11th, the Irish government announced initial restrictions the following day, and the UK followed up with lockdown measures on March 21st.

However, C&C defended its decision on the timing of the charge on the basis that Covid-19 had arrived in Ireland and Britain before the end of February and the WHO had already declared it a public health emergency of international concern.

In addition, C&C “had received informal feedback from the on-trade premises that, during February 2020, these premises had identified a change in consumer behaviour in that the footfall entering such premises had reduced noticeably,” Iaasa noted.

Iaasa said that it accepted the company’s accounting treatment of Covid-19 as an adjusting event.

However, it added: “Iaasa highlighted to [C&C] issuer that disclosure of additional narrative on the emerging customer behaviour and the impact on the supply and production side of the business identified during February 2020 would have provided useful information for the users of the financial statements.”

More than €25 million of the charge related to C&C’s view that it would not be able to recover certain debts and customer advances as a result of the pandemic. Further provisions covered stock that was close to expiring at the time, as well as “onerous” trade and marketing contracts.