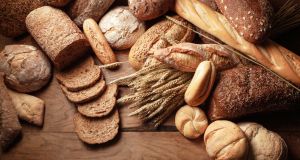 Swiss-Irish food group Aryzta said it has seen further improvement in its revenue trends in July as economies loosened restrictions imposed to slow the spread of coronavirus.

But the threat of a second wave and accompanying restrictions was still of concern, the company said.

Revenue was 18 per cent lower in the month to date July 25th, compared with a 23 per cent reduction in June, a 36 per cent decline in May and a 49 per cent fall in April.

In Europe, where most economies are emerging from lockdown but there is concern renewed restrictions, monthly revenue was 20 per cent lower. Food service is most affected, while quick serve restaurants (QSR) and retail are gradually improving.

Sales in North America are improving but volatile, as some states in the US and major cities reinstate restrictions. The region is showing a 15 per cent decline in monthly revenue, with QSR and retail remaining relatively strong. As in Europe, the foodservice sector is still heavily impacted by COVID-19 related restrictions.

Aryzta’s rest of world region is showing a 20 per cent decline, with foodservice the most impacted by the ongoing pandemic. The group said its performance in Brazil is improving but remains challenging, and there is growing concern over the impact of a potential second wave of infections in Australia and Japan.

The group had liquidity of more than €415 million on July 31st compared to €370 million on June 25th. Aryzta said it has no material debt maturities over the coming 13-month period, with €17 million due in March 2021.

Many lines are still operating at reduced capacity, with one bakery in Europe still fully paused and 69 out of 83 lines currently operational, down from three bakeries paused in April. In North America has reinstated production at four bakeries, with one remaining paused and 63 out of 70 lines are currently operational. The number of staff furloughed by the company has reduced from 30 per cent at the end of April to 14 per cent currently.

“The company continues to expect a bumpy recovery over the coming months,” Aryzta said.

The food group set for more change as chief financial officer Frederic Pflanz said he would step down in December.

The company has been struggling to halt a decline in earnings, particularly in the United States, and negative investor sentiment towards its complex capital structure.

Activist shareholders at Aryzta have stepped up their campaign for change at the food group, accusing the company of delaying tactics and “disrepecting the trust and fundamental rights of shareholders”.

The investors, led by Veraison and Aryzta’s largest investor, Cobas, are seeking to oust chairman Gary McGann and four other directors in a bid to reverse the decline in shareholder value, which is down more than 85 per cent since late 2018.