Aryzta chief financial officer to step down in December

More change for food group as Frederic Pflanz to depart 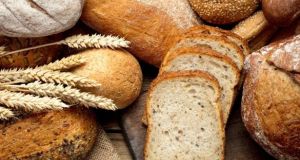 Swiss-Irish food group Aryzta is on the hunt for a new chief financial officer after Frederic Pflanz said he would step down in December.

Mr Pflanz is leaving the company for a role in an unrelated business, Aryzta said. Mr Pflanz said he was committed to “delivering the maximum value I can” to Aryzta in his remaining time in the role.

Chief executive Kevin Toland said Aryzta was disappointed to see Mr Pflanz leave. “Both as CFO and as a valued colleague, Frederic has contributed significantly to the overall business. We wish Frederic and his family well in the next chapter of his career, ” he said.

The company, which owns the Cuisine de France and Otis Spunkmeyer labels, has been struggling to halt a decline in earnings, particularly in the United States, and negative investor sentiment towards its complex capital structure.

Activist shareholders at Aryzta have stepped up their campaign for change at the food group, accusing the company of delaying tactics and “disrepecting the trust and fundamental rights of shareholders”.

The investors, led by Veraison and Aryzta’s largest investor, Cobas, are seeking to oust chairman Gary McGann and four other directors in a bid to reverse the decline in shareholder value, which is down more than 85 per cent since late 2018.