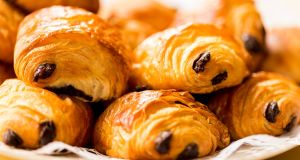 Aryzta’s new board is unlikely to pursue a sale of the embattled Swiss-Irish baked goods group to Elliott Management, after it emerged on Friday that the US hedge fund had signalled it was willing to pay about €735 million for the company, according to sources.

Elliott, run by New York billionaire Paul Singer, proposed an offer of about 0.80 Swiss francs (€0.74) per share in recent weeks and reiterated its interest in the past few days, according to Bloomberg. Sources confirmed the approach.

Although that price represented a 32 per cent premium to Thursday’s closing price and valued Aryzta at the equivalent of €735 million, shares in the company rose only a little over 9 per cent in Dublin and Zurich on Friday, reflecting market scepticism that the approach would result in a deal.

Elliott’s proposal does not amount to a binding offer, which Aryzta would have had to disclose to the stock market, according to sources. Aryzta owns the Cuisine de France brand in Ireland and is a supplier internationally to the likes of McDonald’s, Subway and Lidl.

News of the fresh approach comes almost four weeks after talks on a potential deal with Elliott, which were first disclosed in early September, fell through, and less than 24 hours after Aryzta announced that its chief executive, Kevin Toland, had quit.

Mr Toland, who joined the company three years ago to lead efforts to turn around the business, was said to be keen to pursue a potential deal. However, Urs Jordi, who took over as chairman in mid-September as part of a boardroom coup, had made it clear from the outset that he was against an outright sale and wanted to dispose of non-core assets to help lower debt and simplify the group.

Mr Jordi has taken over as interim chief executive in the wake of Mr Toland’s exit, pending the appointment of a permanent replacement.

“Recent events mark a nail in the coffin of an Elliott deal,” said a source close to Aryzta.

Aryzta said on November 12th that it had hired investment banks Houlihan Lokey and Alantra to advise it on selling “non-core” businesses to make the group less complex. Observers believe parts of its North American business could be offered for sale early.

During Mr Toland’s tenure, Aryzta raised €400 million from asset sales, including most of its stake in French frozen foods business Picard, its former La Rousse Foods operation in Ireland, two Cloverhill facilities in the US and a 50 per cent stake in a UK flatbread business.

However, Aryzta’s problems have persisted, with the business posting a €1.09 billion net loss for its financial year to the end of July. This was driven by €988 million in impairment charges against assets, mainly in its troubled North American operation, and losses on businesses being sold.

The result was also affected by sales, especially to catering customers, sliding amid widespread Covid-19 lockdowns earlier this year, resulting in underlying earnings before interest, tax, depreciation and amortisation (ebitda) dropping 15.4 per cent to €260 million.

“We would see midterm upside potential on Aryzta in case of a successful medium-term transformation with a more focused business,” said Baader Helvea analyst Andreas von Arx in a note to clients on Friday.

“Assuming a disposal of North America and proceeds to be used for bank debt reduction and transformation of the European operations on a higher and sustainable profitability – in addition maybe to attractive rest-of-world operations – we think the rejuvenated group should attract new shareholders.”

Aryzta is due to hold its annual general meeting on December 15th, when Mr Jordi is expected to update investors on the group’s future strategy.