Mental health not just confined to anxiety and depression 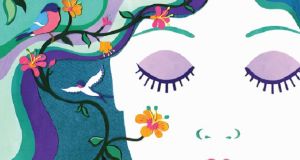 Would you know the signs of borderline personality disorder if you had them? Most people wouldn’t. Image: Getty Images

I can tell you that a lot of people are going to read that sentence and think, “And?” or “What’s she talking about?” You probably thought I messed up what I was trying to say, or maybe you don’t think there’s anything wrong with that sentence.

You could argue that anxiety and depression are the more talked about illnesses because they’re the most common ones, but we don’t know just how true that is.

More often than not, mood disorders that show any signs of depression, such as bipolar disorder, are put down to just that – depression. It can take years for doctors and even patients themselves to realise that there is something more to their problem.

As I said, patients can go undiagnosed for years, because they don’t really know that they have a problem.

Personally, I know how that feels. I went until the age of fifteen before realising that there was something wrong with me, that this crippling anxiety I’d been feeling my whole life was not normal.

Why didn’t I realise? Well, because nobody ever talked about it. Ten years ago, anxiety was still a taboo.

People weren’t sure if it was a real thing, they looked down on people who had it, they didn’t understand it, and they were scared of it. And while I’m so glad that moves have been made to destigmatise anxiety and make my life that little bit easier, I can’t help but think about the people who still have a mental illness that nobody talks about. I can’t help but think about the forgotten side of mental health.

Unfortunately the likes of borderline personality disorder, schizophrenia and bipolar disorder still have a huge amount of stigma attached to them.

When there’s so little information given to us about these illnesses, how are people supposed to recognise that they have a problem in the first place?

Would you know the signs of borderline personality disorder if you had them? Most people wouldn’t.

Oftentimes, patients are only diagnosed when their illness gets to an advanced stage, and this is what helps make up the negative stigma attached to the illness.

And that’s not the only thing that creates negative portrayals of mental illness.

Patricia R Owen conducted a study on the portrayals of schizophrenia by entertainment media, and in this study of more than 40 movies (released between 1990 and 2010) she discovered that over 80per cent of characters that were schizophrenic showed violent behaviour, and almost a third displayed suicidal behaviour.

This portrayal that people with schizophrenia are dangerous is wrong, and it’s having a detrimental effect on sufferers who are afraid to speak out for fear of having this label slapped on them.

People have a fear of the unknown, but we can help them with that. By speaking out more about the less commonly known mental illnesses, we can break the stigma attached to them and help sufferers feel more at ease when talking about them.

We think we’re destigmatising mental health issues by talking about depression and anxiety more, but we need to speak more about mental illness as a whole. We can’t keep leaving certain issues out because we’re afraid of the unknown.