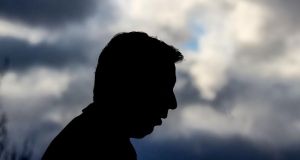 There are a fair few moments recalled in David Conn’s remarkable book on football’s governing body The Fall Of The House of Fifa that you find yourself wishing you had been a fly on the wall. My personal favourite is the one in July 2015 when Dominic Scala, then attempting to drive a wide ranging programme of reform at the organisation, is reported to have told members of the Executive Committee that “ideally” they should all resign, thus allowing 12 newcomers, untainted by the past, to take over. The suggestion, writes the Guardian journalist, was “met with a stunned silence”.

Scala, somewhat inevitably, had to come up with a Plan B which is pretty much what Sepp Blatter’s successor Gianni Infantino also did when the man who was effectively Fifa’s ethics chief was adjudged to have crossed him.

First, Scala, who also chaired the committee in charge of remuneration at the organisation, “insulted” Infantino with a salary offer of 1.95 million Swiss Francs (around €1.7 million at current exchange rates). Then he initiated investigations into the new Fifa president’s election expenses and acceptance of free flights.

A board member suggested that the previously “independent” Scala should be sacked. “If somebody brings the question to Congress,” replied Infantino, “I advise Congress. It is a democratic decision.”

Since then, Scala’s successor, Miguel Maduro, a former Attorney General for the European Court of Justice, similarly strayed offside by suggesting that Russia’s Deputy Prime Minister, Vitaly Mutko, should not be allowed run for Fifa Council as it would contravene the organisation’s rules on political interference. Fifa’s leadership, though, feared that blocking Mutko might have such an adverse effect on next year’s World Cup and Infantino’s position might end up being threatened.

There were reports too of an investigation by Maduro’s committee into the part played by Infantino in the election of a new president of the African confederation (CAF) with Ahmad Ahmad of Madagascar upsetting the incumbent of 29 years, Issa Hayatou who, as it happens, has backed Infantino’s main rival for the presidency in 2016.

Maduro, along with other key officials in the reform process, was replaced not long after and their forced departure prompted resignations by other members of the governance committee which the Portuguese chaired. One of those who departed voluntarily, Nani Pillay, a former UN High Commissioner for Human Rights accused Infantino and General Secretary Fatma Samoura of “violating the norms and standards of good conduct”. Another, New York based Law Professor, Joseph Weiler, said he has “very serious doubts about Fifa’s ability to reform under its current leadership”.

Maduro himself told members of the British parliament’s Media and Sport Committee last week that, faced with a difficult choice, Infantino had chosen to “politically survive”.

Uefa, which opposed some of the early reforms proposed under Blatter when Michel Platini felt he would be the next president of the world’s governing body, has, it seems, had little to say about any of this. Like Infantino, its new president Aleksander Ceferin came to power on a populist platform that included promises of reform. To date, the rules relating to governance have been changed and terms limits adopted though nothing of a terribly radical nature has happened and the most immediate effect has been to help the Slovenian secure his position by replacing some older Exco member with newcomers, including our own John Delaney. Ceferin has, meanwhile, backed down on his early threat to revisit an agreement with the continent’s leading clubs on the restructuring of the Champions League.

In the end, there was the usual solution to the dispute with some extra money diverted to compensate the Association of European Professional Football League (EPFL) members who had opposed guaranteed places in the group stages for the top four finishers in each of the big four national championships.

We may have a better sense of Ceferin’s ability to keep everyone happy after Wednesday’s Uefa Executive Committee meeting when a memorandum of understanding is due to be confirmed with the EPFL. That, though, is likely to be overshadowed by the outcome of the more appetising items on this week’s menu: the unveiling of the host cities for 2019’s club competition finals, detail on the new Uefa Nations League and the result of the election from amongst the ExCo members to the position of Uefa vice president and the nomination of one to Fifa’s Council, both vacancies having been created by the resignation from all of his positions Angel Maria Villar Llona, the long serving Spanish official who is currently facing charges of corruption back at home.

There is, in short, plenty to be getting on with and ample scope, you would have thought, for first time ExCo members to help wield the new broom. There is little reason, though, to expect the FAI’s chief executive to distinguish himself in this area.

It is hard to recall an occasion on which the 49 year-old has broken ranks with Uefa and having described Sepp Blatter as “an embarrassment to himself and an embarrassment to Fifa” while accepting a €5 million pay-off to the association here in the wake of the Thierry Henry handball, he has not been too outspoken about the any of the controversies in which Infantino has become embroiled.

And he could hardly join in the criticism levelled at both Fifa and Uefa for the adoption of rather generous 12-year term limits for key office holders given that he has already been in his own job 13 years and has a contract for another three. He has, in fact, been on the FAI’s board for 16 years but then more than half its members have served 11 or more.

And his role in the granting of an €60,000 annual “honorarium” to Pat Hickey by the OCI board, on which he spent 11 and a half years, does little to inspire much confidence either. In the Moran report, Delaney is identified as the board member who formally proposed the motion.

Some space is subsequently devoted to his explanation that he had not been at the meeting where the matter had been discussed and that, essentially, it had nothing to do with him, he just went along with everyone else. According to the report: “The relevant minutes finish with, “The President (Hickey) thanked the Executive Committee for their support and very much appreciated the many complimentary comments of the members”.

What are the odds that you would find a line or two like that in the records of Fifa and Uefa?

1 Gerry Thornley: Wild reactions to this Ireland team as fickle as the wind
2 Five Golf Classics for you to tee up at in 2020
3 Munster were fever-tested when they arrived in Italy
4 Mayo GAA cut contact with Tim O’Leary after ‘Horan Out’ tweet
5 Rick Reilly: Trump is the worst cheat ever on the golf course
Real news has value SUBSCRIBE
Crossword Get access to over 6,000 interactive crosswords