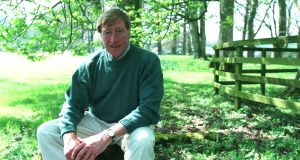 David Bacuzzi, the former Cork Hibernians and Home Farm manager, who enjoyed considerable success after moving to Ireland in the early 1970s, has died of Covid-19 related issues, his family has announced.

Born in Islington, north London, Bacuczzi played for Arsenal, Manchester City and Reading before moving to Cork, with the legend being that his interest had initially been piqued by a misprint in the communication he received from Hibs that listed their contact address as Cork Island, rather than Ireland.

If the move really was rooted in a misunderstanding, it worked out well with Bacuzzi, whose father Joe was also a professional player at Fulham, leading the club to the league title in 1971 when they beat Shamrock Rovers 3-1 in a playoff at Dalymount Park after each had finished the regular season on 35 points.

Hibs then won FAI Cups in each of the next two seasons, beating Waterford then Shelbourne in the finals. Bacuzzi subsequently moved to Dublin where he managed Home Farm for a decade and led the club to its only ever senior cup success in 1975 when Shelbourne were again the team beaten in the final.

Dermot Keely and Martin Murray, both of whom would themselves enjoy success in management after good League of Ireland careers, were part of that cup winning team and Bacuzzi would go on to play a role in launching the career of Ronnie Whelan, who got his first taste of senior football under the Englishman.

Bacuzzi later worked as part of the management team at Shamrock Rovers while running his own travel agency . Aged 79, he passed away at St Vincent’s Hospital on Tuesday. He is survived by his wife Eithne, children Melissa, David and Anne and an extended family that included four grandchildren. The family say that a celebration of his life will be held at a later date.