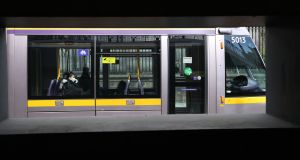 The 2020 world of Covid-19 is a world in which leadership matters more than ever. As someone suffering under the lockdown in Italy said to me a couple of weeks ago: “For the first time in this country, I actually feel we have a proper government.”

Here in Ireland most of us appear to be grateful to have avoided the fudging and unnecessary shilly-shallying that has characterised the response of the British government, as well as the increasingly wild posturing that has been exhibited by US president Donald Trump. Like people around the world, we are living proof of the sober assessment by emergency planning expert David Alexander that “most people behave rationally in disaster”.

Official Ireland’s response as directed at the world of the arts, which I wrote about last week, has been mixed. But artists themselves have shown deep common sense in their creative responses to a crisis they cannot control, and, with public gatherings forbidden, they have been using the internet to communicate in any number of imaginative ways.

The Dublin-based Contemporary Music Centre (CMC), which describes itself as “Ireland’s archive and resource centre for new music, supporting the work of composers throughout the Republic and Northern Ireland”, clearly understands the importance of leadership in the disorienting and debilitating world that we are living in.

The centre began a sectoral survey on March 20th. On April 6th it published extracts from a letter it sent to RTÉ Lyric FM and BBC Northern Ireland requesting an increase in the broadcasting of works by Irish composers. The letter specifically requested that RTÉ give consideration to “reinstating a regular new music programme with weekly contributors from within the new music sector” and called for the restoration of RTÉ’s composer-in-residence post, though it gave no hint of how the broadcaster might hope to fund these developments. And it looked to the BBC for “regular features with contributions from within the new music sector in Ireland”, though the BBC’s remit is specifically for Northern Ireland.

Last Thursday, the CMC upped the stakes with a 2,000-word proposal for “a range of policy initiatives . . . for implementation by the State and its agencies during and after the Covid-19 pandemic” in order to help composers and performers .

The proposal states that the CMC’s “primary concern” is for increased funding for commissions to “be made available on an ongoing basis immediately through establishment by the State of new schemes”. However, its overall shopping list is long. It runs to increasing travel grants, making the inclusion of work by Irish composers mandatory for tours funded by Culture Ireland, and even to including “composers and contemporary music from Ireland in all Government-led international trade and culture missions”.

The centre is critical of the Arts Council’s Covid–19 Crisis Response Award and wants the council to set up “a suite of emergency awards/funds for composers and performers affected by Covid–19 cancellations and indefinite postponements, with an emphasis on ease of access to funding”.

These awards should include “an immediate increase in current commissioning through the establishment of a new Covid–19 Commission Fund”, “an emergency Cnuas for non-Aosdána members” and the “expansion” of the Ciste Cholmcille trust fund.

In the words of the council, this fund recognises “artists who had made a significant contribution to the arts in Ireland but for reasons of age or ill health were no longer able to fend for themselves or their dependents”. “Expanding” it would simply be moving Arts Council money from one heading to another.

The CMC shopping list gives no costs and the deeper you go into it the weirder it gets. It says “there needs to be a commitment to reschedule postponed events that feature works and/or new commissions by composers from Ireland as soon as is possible, and as a priority over historic classical repertoire”.

Additional funding should be made available for postponed and rescheduled events, it says. In the case of cancelled events, “promoters, festivals, venues, organisations, et al need to be instructed to pay cancellation fees to all artists involved, as a matter of urgency”. And composers’ out-of-pocket expenses in relation to cancelled events “need to be reimbursed without delay”. Not a mention anywhere in the proposal of actual contractual obligations or ability to pay.

The list gets stranger and stranger as it explores a world in which even the wildest of short-term fantasies – eg “fairer income for composers from online streaming of their music” – are tarted up as Covid-19 issues. You can find the whole text at cmc.ie.

The single most startling departure from reality is a paragraph headed “Funding Decisions”. It reads: “In order to enable artists to begin to plan for the future, decisions by all State bodies in relation to all types of funding, awards, grants, touring, travel, training, etc need to be made immediately.” Note the “all” and the “immediately”. This is at a time when we’re only allowed to walk 2km from home (where a lot of us are now also working) and even the experts don’t know when normal life will actually resume.

I’m sure the CMC’s intentions are the best. But they are doing themselves and the composers they represent a great disservice in their list of unrealistic demands. Pestering the Minister for Culture with cloud-cuckoo-land thinking in the middle of the worst crisis of our time is no way to represent the interests of Irish music and musicians. Shame on them.