Palace appointing Sam Allardyce may be far from popular 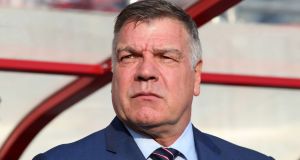 Sam Allardyce could be handed a route back into football after being made the early favourite to replace sacked Crystal Palace manager Alan Pardew. Photo: Nick Potts/PA Wire

Survival in the Premier League is everything but even though he undoubtedly represents the best chance of Crystal Palace extending their stay in England’s top flight for a fifth successive season, the impending appointment of Sam Allardyce to replace Alan Pardew at Selhurst Park is one that will fill many supporters with dread.

It is less than three months since Allardyce was ousted as the England manager before he had even named his second squad as the result of the Daily Telegraph sting that showed him negotiating a fee of £400,000 to represent an overseas firm hoping to profit from Premier League transfers. Whatever your views on that episode – and there are strong arguments to suggest Allardyce was unlucky to be forced out given he did not break any rules – it was an awful way to bow out from what the 62-year-old from Dudley has always described as his dream job.

Given the suspicion that has surrounded Allardyce since the BBC’s Panorama investigation in 2006, which alleged his son Craig had taken illegal payments for transfer deals while employed by the agent Mark Curtis, perhaps he should have known better. Allardyce threatened to sue the BBC but never did, later stating in his autobiography he was advised it would cost too much money and take too long.

Curtis, who first met Allardyce in 1995 when he signed the goalkeeper Steve Banks for Blackpool from Gillingham, remains his close friend and agent. He will be instrumental in discussions with the Palace chairman, Steve Parish, when they meet on Friday to iron out the details of his contract at Selhurst Park, although with Allardyce having sent a detailed dossier to the club’s American investors Josh Harris and David Blitzer as long as six weeks ago, it seems those negotiations will be little more than a formality.

While there is no doubt about Allardyce’s coaching ability, given a track record that includes taking Bolton Wanderers into Europe and the saving of Blackburn Rovers and Sunderland from relegation, what will concern Palace supporters is the amount of control he will demand at a club which has always prided itself on promoting local talent. It has been several years since a youth team graduate has forced his way into the senior side because of the increased pressure of avoiding relegation at all costs, yet the likely appointment of Allardyce bears the hallmarks of when Tony Pulis was brought in to replace Ian Holloway in November 2013.

Pulis famously led Palace to safety before quitting less than 48 hours before the start of the next season – a decision that ended up in the high court after Pulis was paid a £2m bonus early. He was forced to repay almost double that, having been found to have deceived a Premier League tribunal. It will be up to Parish to ensure there is no repeat of that episode, although keeping a lid on a personality as big as Allardyce’s will be no easy feat.

The story of Ravel Morrison should also act as a cautionary tale. The former Manchester United youngster accused Allardyce of pressuring him to sign with Curtis as his agent while at West Ham – an allegation Allardyce described as “nonsense”. The former player and now BBC pundit Kevin Kilbane has also claimed to have been subjected to the same pressure by Allardyce and Curtis almost 20 years earlier, even attending the next meeting with his brother Farrell “to provide a bit of muscle” in case his rejection did not go down too well.

But with Parish admitting he will “wind the dial back the other way” after Pardew’s introduction of a more expansive style of football failed, there appears to be only one man for the job. For those who value results above anything else, Allardyce fits the bill perfectly.