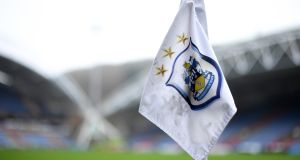 Huddersfield have confirmed the appointment of Jan Siewert as their new head coach.

Siewert, 36, has left his role as Borussia Dortmund’s reserve-team coach and signed a two-and-a-half year deal with the Terriers.

“Huddersfield Town is delighted to announce the appointment of Jan Siewert as its new head coach,” the club said in a statement.

“The 36-year-old joins the Terriers from German side Borussia Dortmund II, where he held the position of head coach, signing a contract running until the summer of 2021.”

Wagner had held the same position as Siewert at Dortmund before he was appointed by Huddersfield in November 2015.

Huddersfield owner and chairman Dean Hoyle added: “I’d like to begin by officially welcoming Jan to Huddersfield Town. I’m tremendously excited about working with him as our new head coach.

“Let me start by addressing the obvious. We enjoyed tremendous success under our previous head coach, David Wagner, and we’ve subsequently appointed a new head coach that bares many similarities to him; a young, aspirational German from Borussia Dortmund II.

“However, that does a disservice to Jan, who is his own man. There is much more to this appointment than that.”