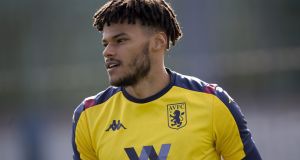 Dean Smith, the Aston Villa manager, has said he has no problem with Tyrone Mings joining 4,000 people on a Black Lives Matter demonstration in Birmingham this month, saying that so long as physical distancing measures are respected he is happy for his players to promote important causes.

“I wouldn’t necessarily say players can go and do what they want but if someone is passionate about something like BLM, and it’s been in the news for everyone, then I fully support him for going and doing what he believes in,” Smith said.

Smith, whose side will host Sheffield United when the Premier League reboots on Wednesday, is acutely aware of the dangers of the coronavirus. Villa’s on-loan goalkeeper, Pepe Reina, was seriously ill with it in March, as was one of the club’s masseurs, who spent weeks in intensive care before recovering. In May Smith lost his father, Ron, to the disease.

The 79-year-old had been suffering with dementia for some time. The manager was at least thankful he was able to say goodbye to his father. “He was in the care home when he contracted coronavirus but he was asymptomatic and then three days later we had a call that he had been taken to hospital by paramedics,” Smith said on Monday. “It was tough for my mum because she couldn’t see him for 11 weeks. But he ended up coming out to a nursing home and we were allowed to go and see him in our full PPE at the moment he passed.

“Timing is never good to lose a parent but he is probably in a better place now because he hadn’t been well for a long time so it was one of those things you have to deal with.”

There is no easy way to segue from a family bereavement to the day job. But that is what Smith, like all too many other people in this grim time, must do. In his case the relatively mundane matter to hand is the resumption of Villa’s fight against relegation. On that front, at least, lockdown brought a welcome development as the influential midfielder John McGinn has overcome the ankle injury that kept him out of action since before Christmas.

“He’s a top player but on top of being a top player, he’s a top character in that dressing room and gives everyone a boost by being the person he is,” Smith said.

Nevertheless, Smith said casting McGinn straight back into the starting lineup may be unwise. “It’s great to have him back but I have to manage him accordingly. It’s easy for me to go and throw him straight into the battle, knowing the sort of lad he is, but the players have had 14 weeks without a game. He has had over six months without a game. He has managed to get minutes in the West Brom and Leicester [friendly] games [this month] but I have to be a little bit mindful of where he’s been and where he’s come from.” - Guardian