The Offload: Rory Best fails to give us what we crave 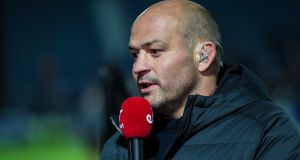 The Rory Best autobiography reads like yet another jigsaw piece in the history of Irish rugby. Photograph: Inpho

When writing a book the retired athlete always arrives at the same crossroads: empty your soul onto the page or skim over the controversial moments in your life. Let it all hang out or play it safe so the next job comes into focus.

The Rory Best autobiography, nimbly constructed by Gavin Mairs, reads like yet another jigsaw piece in the history of Irish rugby; the story the player wanted to tell as opposed to what the genre of rugby autobiography craves.

Best makes several pitches to be kept in the IRFU system, even apologising to David Nucifora - and several others - for an interview last December that sounded in the room like an honest insider opinion about the national team’s 2019 meltdown.

Eventually, Best sums up the Rugby World Cup demise with “sometimes there isn’t a reason.” We suspect the groundbreaking former captain knows, far better than most, there are always reasons for success and failure.

Despite a few, very curious, paragraphs surrounding the Belfast rape trial in 2018, there is no mention of the recent interview on Newstalk when Best reflected upon his appearance in court the Wednesday before Ireland played France in Paris.

Eddie O’Sullivan gets the last shoeing from what Best describes as the “so called golden generation” and there is a subtle dig for former players on television: “I see them on BT Sport. You get an Ulster centre making a class pass and it takes a former secondrow in the studio to actually praise the pass. I can’t understand why a pundit seems to think it might be a threat to their legacy if they offer praise to another player.”

Who could he mean? Ulster folk should enjoy the read but hopefully Rob Kearney’s incoming tome doesn’t drag us back over the same trails of this past decade with half enlightening tales. David Walsh’s presence as “co-author” hints at it being the sports book most fans desire.

Despite flooding the Leinster ranks this past and coming decade St Michael’s College have only managed to win two Leinster schools senior cups in the 2010s. Cistercian College Roscrea have one (Munster lock Fineen Wycherley’s 2015 team), a tough Belvedere gang also claimed two, as did Clongowes Wood, and Blackrock collected three more titles.

While it’s a disappointing return for a school that currently has 16 players on the Leinster books, shock results in Donnybrook equally reflect improvements in standards across the board. This season Gonzaga beat Blackrock before Newbridge bettered what was whispered as St Michael’s greatest ever side. Next week’s St Patrick’s Day final is the first all-Kildare decider even if - as one prominent editor tweeted - Clongowes is more to Clane what the Vatican is to Rome. High praise indeed.

Anyway, school boy talent has never been so widespread. So skilled. So powerful. So professional looking. Might be no harm to get a few urine samples along the way. Just in case.

“I cannot comment on how South Africa compares to other countries,” Khalid Galant, chief executive at the South African Institute of Drug-Free Sport, told the BBC’s investigation into steroid use among teenagers. “I have no data to support such comparisons.”

Testing still does not occur before or after Leinster schools cup matches.

“Sport is only a mirror of our society,” Galant added. “Currently in South Africa we are dealing with lots of corruption and ethical breaches at the highest level of leadership. Our society may be becoming more tolerant towards cheating as a means to achieve goals because there is also an absence of consequences.”

There was George North laid out on the turf. Again. This image must never be normalised but, unfortunately over the years, the Wales and Lions wing has become the poster boy for concussion in rugby. That is deeply unfair on the man himself, but two weeks ago in Cardiff the 27 year old was stunned by Gael Fickou’s elbow.

After Manu Tuilagi’s no arms contact glanced off North’s temple at Twickenham, his left arm floated in the air as his eyes shut for a few seconds. He touched his head before quickly rising onto all fours, where he received medical treatment and was allowed to play out the last five minutes. Remarkably, Wales kept a backline substitute Jarrod Evans benched for the entire game.

At the very least the multiple video replays - to confirm Tuilagi’s dismissal - should have led to a head injury assessment. Instead, the brave hero continued. We all bear witness to this but most damaging of all is England coach Eddie Jones defending Tuilagi’s behaviour: “Absolutely rubbish . . . I think there’s no common sense applied in that situation. Clearly [NORTH]is falling, there’s a good chop tackle and Manu’s coming over the top to kill the tackle and he’s doing everything that he’s supposed to be doing and gets red carded.”

On the BBC Paul O’Connell countered: “That’s a ridiculous statement. It’s a red card all day.”

Alun Wyn Jones: “Can you specify?”

Reporter: “he appeared to grab you by a central area?”

Alun Wyn Jones: “ It is interesting, what would you do in that situation? [You did well not to react] 138 tests for my country, if I react I get a red card. So it’s tough isn’t it? Hopefully World Rugby have a look at it. Joe’s a good bloke. Lots of things happen on a rugby field. It’s difficult as a captain these days as you can’t speak to a ref about anything. I looked to the touch judge who obviously didn’t see what happened and that’s fine but there is footage, a lot of supporters have seen what happened, it’s just very frustrating that we talk a lot about TMOs, footage review and there doesn’t seem to be a lot of it happening.”

949 - the number of official coronavirus cases and 16 deaths in France reported on Saturday, jumping from 613 infections and nine deaths on Friday (104 cases are in Greater Paris, where Ireland are still due to travel next weekend).