The Offload: John McClean questions can no longer be silenced 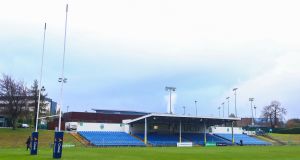 John McClean helped to create the UCD rugby scholarship scheme in 1997 despite being cut loose by Terenure College in 1996 after admitting to the sexual assault of a boy. File photograph: Inpho

The rugby community in Leinster cannot wait this out. The spectre of John McClean will not be disappeared by “silence and indifference,” like it was in the bad old days.

Many figures of authority in late 20th century Ireland were dangerous predators, but nobody warned the children. When we became adults in the early 2000s we still believed in the institutions that presented this paedophile as a supreme expert on rugby.

McClean’s stamp of approval was the golden ticket into a professional career. In 1997 he helped to create the UCD rugby scholarship scheme despite being cut loose by Terenure College in 1996 after admitting to the sexual assault of a boy to Fr Robert Kelly, the provincial of the Carmelite Order in Ireland.

Such a disconnect in communication is chilling but people, and not just his victims, knew the molester had been granted unfettered access to young men who would feel obliged to worship at his alter.

Everyone in south Dublin rugby circles knew McClean. If this reporter heard the rumours about him when I was still a teenager in the late 1990s, can the decision makers back then honestly say the same whispers failed to reach their ears? If the answer is ‘we heard nothing’ then there is a far deeper problem than we already perceive it to be.

Despite decades of sexual assault, John McClean wielded enormous power as UCD director of rugby. Terenure College and UCD must explain how he was able to skip from one rugby institution to another unchecked. In the summer of ‘96 McClean the coach toured Australia with the Ireland schoolboys, some of whom have since become central figures in the professional game, before taking up his new job on the Belfield campus.

If he had already admitted to abusing one boy - as court records show - then Terenure would have warned the IRFU and UCD before he ascended to one of the most influential positions in Irish rugby, right?

Such questions can no longer be silenced by indifference.

“During my years in that school, there was not a boy among us who did not know what John McClean was up to,” John Boyne wrote of Terenure College in the 1990s. “He was the subject of endless gossip, and we ruthlessly mocked any classmate who became one of his pets. We were just children, of course, and did not understand the seriousness of what was going on.

“However, there was a group of adults also present in that building every day, perhaps 40 or 50 of them, who did not share our naivety. I wonder, when they search their consciences, can they so easily absolve themselves of blame?”

McClean became a very accessible source of information for a young sports reporter in the mid 2000s. He was the man who anointed or rejected elite rugby talent in Leinster. Too many people, me included, conveniently forgot about the whispers because he was legitimised by the ‘Ad Astra’ crest.

Now is the worst time to bury your head in the sand. It makes you complicit. Why was John McClean allowed to be promoted through the ranks in the tiny world of south Dublin rugby? His victims, one of whom described him as “evil personified,” and the public deserve to know precisely what happened between the summer of 1996 and the beginning of that first UCD term in the autumn of 1997. If for nothing else than to ensure that history does not repeat itself.

“You got to make sure you don’t start poking at shadows in the corner”, England coach Eddie Jones on the team’s recovery from defeat to Scotland.

“Yeah, but [HARRY BYRNE]is a 21 year old. These things take time, to get the international experience to be able to play 10. Like, if you look at the NFL. There is a 43 year old quarterback lifting the trophy at the end of the tournament and a 10 in rugby is the closest thing to a quarterback, isn’t it?” But, Leo, Tom Brady does not hit rucks . . .

“Exactly, he doesn’t have to defend in the front line and he can just dive on the ground when he has the ball and the game stops”, Leinster coach Leo Cullen inadvertently nixes all the QB comparisons.

What will be remembered about Dan Carter’s sensational career? Easy, the 33 points in the second Lions test in 2005 should stand the test of time. Carter was perfection incarnate that day in Wellington.

What else? Oh, when his groin snapped during kicking practice at the 2011 World Cup, and New Zealand went into mourning. Or a seemingly miraculous return to form and fitness in 2015 as Carter dropped the goals to guide the All Blacks past South Africa and Australia in the latter stages of the World Cup. This led to him being named World Player of the Year for a third time.

A lucrative stint as Johnny Sexton’s replacement at Racing 92 had Carter winning the Top 14 title with a man of the match display in the final against Toulon at the Camp Nou in Barcelona. It took almost a year before the French Anti-Doping Agency officially cleared him of doping, arising from a urine test after that game showing the corticosteroid prednisolone in his system.

“I’m confident that people will read past the headlines and see that I’ve done nothing wrong.”

Carter officially retires at age 38. To many he will be seen as the greatest to ever play the game. The longevity and resilience of his career makes that almost impossible to contest. We still prefer Richie.

Here is what we do not know about the Covid outbreak in the France squad. The French Federation state it is “uncertain and has not been proven” that the nine positive cases came from a training session with their Sevens squad two days before victory over Ireland in Dublin.

So far, four staff, including head coach Fabien Galthie, and five players have returned positive results for Covid. It means Julien Marchand, Antoine Dupont, Arthur Vincent, Gabin Villière and Mohamed Haouas will miss round three of the Six Nations when Scotland come to Paris this weekend.

At Andy Farrell’s media briefing last Thursday, the Ireland coach confirmed that there were zero negative returns from two rounds of testing, but the Irish players and coaches were re-tested on Friday and will undergo two rounds of swabs up the nostrils this week.

“We are literally up to the nose in it as far as testing is concerned,” said Farrell. “We are doing everything we can to make sure we do the right thing.”

Hopefully that is that, but we suspect it is not the last we hear about clusters and quarantine before the Six Nations is completed on March 20th.