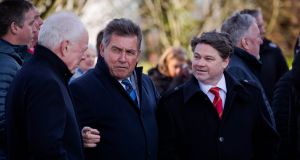 Even before the coronavirus pandemic, the recently installed Munster CEO Ian Flanagan had identified the province’s need to generate more commericial revenue streams and the lockdown has merely re-enforced his view that the sport generally is over-reliant on matchday revenues.

“It’s a big part of our strategic plan, we’ve identified clear areas where we would look to grow the commercial revenues and more importantly diversify the revenue streams of Munster,” Flanagan told the media on a conference call on Tuesday.

“I think we’re overly reliant on matchday income and that probably is a common scenario at a number of other clubs. And, what this period has proven is that an over reliance on matchday revenue in this time where you can’t play games and get people in stadiums is extremely damaging to the revenues.

“We have to, as best we can, find other ways of generating income and growing the revenue base. So, it is a big strategic avenue for us and we’ve put a lot of time and thought into it in advance of the pandemic. Some of our plans may be delayed, but we’re looking to move on with them even in the midst of this.”

Coupled with Munster’s pool exit from the Heineken Champions Cup and James Cronin’s one-month ban for a doping violation, this has been a particularly trying start to Flanagan’s new role, not least as the immediate future remains so uncertain.

“As Philip Browne has said, effectively in March rugby’s income across the board fell off a cliff,” admitted Flanagan. “I think we took prudent measures within Irish rugby to reduce our cost base, but the reality is that we are dealing with very significant financial challenges until such time as we return to rugby as usual which will be rugby with spectators in the stadia.

“At the moment, no one has any clarity or timeframe as to when that income-generating rugby will return. So, it is a challenge. I think it’s a challenge shared right across Irish rugby and other sports organisations also. I don’t think Munster is experiencing any financial pressure any differently from the other provinces.

“If you look at the AGM last year our financial position and funding sources are clear. We aspire to win trophies and to compete, but like everyone else we’re living through a period of financial uncertainty.

“Ultimately, when this pandemic began the stated objective right across the board in Irish rugby was that we want to come through this and be standing on the other side with a competitive national team and four competitive provinces.

Selling the naming rights for Thomond Park has been mooted by Flanagan’s predecessor, the late Garrett Fitzgerald, from as far back as 2014, and while that very much remains the case, Flanagan admitted “it’s undeniably going to be a tough commercial marketplace out there for the foreseeable future.

“Subsequently, we had an additional review meeting with Sport Ireland; with John Treacy and Dr Una May, and I think we believe we can always learn and improve, we’ve looked at additional safeguards that can be implemented.

“Ultimately, the responsibility will always fall on the player. So, it’s very much around reminding players of their own duties and responsibilities in terms of taking any medications.

“I think ultimately we’re happy the process reviewed the facts, that it was a comprehensive and thorough process.

“We’re seeing it as a positive in terms of highlighting the anti-doping processes and practices that are in place in insuring we have a clean sport in rugby. It’s also a reminder to all players and athletes in terms of their own responsibilities.”

Asked if it had been a stressful time for Cronin himself, Flanagan said: “It has been, it has impacted his career. James has received a doping ban and that will always be associated with him.

“I think the education piece, we’re still working on the details with EPCR in terms of when that takes place and so on but I think the key message is that in James’ case – and it’s one that will be understood by all players – is that ultimately the players have to take responsibility for what they ingest and put into their system.

“In terms of additional safeguards that we are looking to implement on the back of this, it is mainly about the verification process but also increasing the education contact with the players to reinforce that message that they have to be continuously questioning, continuously aware in this particular area.”

1 Limerick’s Shane Dowling forced to retire at 27
2 Tactical test awaits Dettori and English King from stall one at Epsom
3 In turmoil on and off the pitch: Where did it all go wrong for Barcelona?
4 Coronavirus has turned Viktor Hovland into long drive champion
5 Joanne O’Riordan: Money and global pandemics won’t break Michelle Finn’s stride
Real news has value SUBSCRIBE

Lewis Hamilton: F1 title win would mean more due to Black Lives Matter 20:02
Sebastian Vettel: This Formula One season could be my last 19:17
French Open set to allow 60% of capacity crowds in September 17:55
Tactical test awaits Dettori and English King from stall one at Epsom 16:09
Six to go forward for Aidan O’Brien in Saturday’s Epsom Derby 15:15
Here is your handy guide to sport on television this week