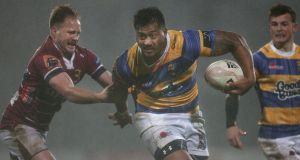 Connacht have announced the double-signing of Australian Ben O’Donnell and Kiwi number eight Abraham Papali’i ahead of the 2021-21 season.

24-year-old O’Donnell arrives in Galway from the Australian Sevens set-up - he made 95 appearances for his country after being handed his debut by Andy Friend in 2017.

He scored 47 tries and was voted Australian Sevens player of the year in 2017, later becoming the first Australian ever to be nominated for World Sevens Player of the Year.

27-year-old Papali’i meanwhile will bring serious physicality to the Connacht backrow, as he joins from New Zealand side Bay of Plenty, with whom he won last year’s Mitre 10 Cup Championship.

On his two new signings, Connacht boss Friend said: “I am delighted to welcome Ben and Abraham to Connacht Rugby.

“I got to know Ben very well on the Australian Sevens scene. It did not surprise me that he went on to become such an important player for them and I am thrilled that he has chosen to join Connacht.

“Abraham is a powerful number 8 who has all the attributes to become a really valuable player for us while furthering our options in the back row. I know every Connacht supporter will be excited to see what he can offer.”

Friend went on to say: “Today’s announcement comes on the back of discussions that started a number of months ago and we are delighted to eventually be able to share this exciting news with all of our supporters today.

“These signings bring our squad up to 43 players for next season. We have freshened up and added depth to our squad in a number of key areas, having signed a healthy blend of young exciting players who have come through our Academy system as well as bringing in some additional quality and experience from further afield.

“We are an ambitious group and I firmly believe we have all the tools we need to kick on to the next level and achieve success in what is going to be a really exciting season.”