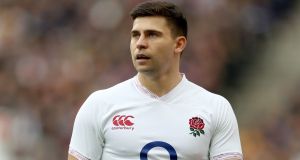 The 30-year-old, who has played 99 Tests for England, has made 244 appearances for Leicester since making his debut as a teenager in 2007.

Tigers director of rugby Geordan Murphy said: “It’s pleasing to see Ben commit to the club long-term. He is, and has been since very early on in his career, one of the world’s best in his position and to have Ben commit to our plan and vision here in Leicester is exciting for everyone in the Tigers Family.”

Genge, like Youngs, had signed new terms in January but has now committed again to the Welford Road club.

“I said in January, when he last re-signed, that what most excites me about Ellis is that he still has so much left to do in the game and so much growth in him as a player,” Murphy said.