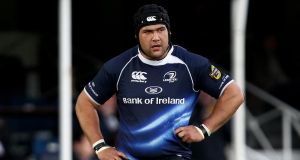 Leinster’s investigation into a former player punching a current academy player has concluded “to the satisfaction of all parties.”

Dunne chose not to press charges.

When it was put to Leinster why Wright was attending a private function following the team’s return from Glasgow, having just won the Pro 14 final, a spokesman stated: “Leinster Rugby is aware of an alleged incident that occurred in the early hours of Sunday 26th May 2019 involving one of our Academy players and a former Leinster Rugby employee.

“An internal investigation was carried out by Leinster Rugby, which has concluded to the satisfaction of all parties and as a result we will not be making any further comment on the incident other than to confirm that the player in question received medical attention and that he has made a full recovery.”

When Leinster were also asked how Wright was permitted to attend the formal 10 year celebrations of Leinster winning their first European trophy three days after punching Dunne unconscious, the spokesman referred to the above statement.

A significant number of current Leinster players and coaches were present when Dunne was knocked unconscious. The Trinity College student - he is studying theoretical physics - was treated by team doctor John Ryan, a consultant at St Vincent’s hospital, where Dunne was subsequently taken. He was scanned and discharged on Sunday, May 26th.

Later the same day another Leinster player allegedly urinated on a man in Cassidy’s pub on Camden Street. As this player is on a national contract, a separate investigation is being conducted by the IRFU.

“The review is ongoing,” an IRFU spokesman told The Irish Times on Wednesday.

Wright, a Cook Islands international, played for Leinster from 2006 until 2011 before joining former coach Michael Cheika at Stade Francais.

He returned to Dublin several days before the 10 year celebrations at The RDS on Tuesday May 28th.

Wright was invited on stage that evening by MC Martin Bayfield, the former England international. Ten person tables at the event, which was supported by Bank of Ireland, ranged in price from €2,925 to €4,500 with the sold out “Champions” tables priced at €7,500.

Wright has since returned to the Cook Islands and has been offered the chance to comment. At the time of publishing he had not responded to this request.