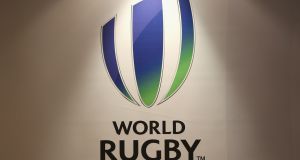 The domino effect on the 2019-20 rugby season caused by the coronavirus pandemic has, as expected, seen World Rugby cancel the World Under-20 Championships, which were due to start on June 28th in northern Italy, as well as several other events under their watch.

With the traditional Easter fixtures at Under-18s clubs, Under-18 schools and Under-19s having also been postponed, effectively this means that, as with the club/amateur game, all Irish underage rugby for the remainder of the season is over.

While the annual Under-20 World Cup is the one event to be called off, the game’s governing body also admitted that the Olympic Games repechage qualification tournament scheduled for June “is under review”.

Furthermore, the World Rugby Sevens Series has seen the postponement of further legs following on from the Hong Kong and Singapore rounds, with those in London and Paris also being postponed and provisionally re-scheduled in September.

Likewise, the women’s HSBC World Rugby Sevens Series tournament in Langford has been postponed until later in the year, as is the case with the event in Stellenbosch, South Africa.

With the IRFU and RFU having cancelled the rest of the season below men’s senior professional level, it remains to be seen whether the Guinness Pro14, Premiership and thus the European competitions, can be brought to any kind of meaningful conclusion months down the road.