Rory Best, Peter O’Mahony and Jonny Sexton all have the credentials to fit the bill 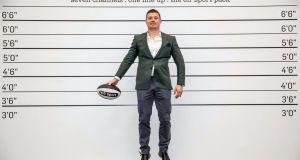 The Ireland captaincy has become an early season conversation topic for two reasons: Rory Best was reinstated as Ulster captain and Peter O’Mahony led the Lions against New Zealand.

Seeing how Brian O’Driscoll was “encouraged” to pass the Leinster captaincy to Leo Cullen in 2008 and Paul O’Connell did something similar before ascending to the Irish position, the appointment of O’Mahony, before the Springboks come to Dublin on November 11th, has a naturally progressive feel to it.

“Rory is the only one who knows how he feels but I think he is still very much the number one hooker in Ireland,” said O’Driscoll at the eir Sports Pack launch. “I think he has done a phenomenal job since taking up the captaincy of Ireland.”

This is supported by victories over every major rugby nation, including a first ever win over New Zealand in November 2016.

“I see he has taken up the captaincy of Ulster again as well, which I found interesting.”

O’Mahony was not considered by Joe Schmidt as O’Connell’s replacement after the 2015 World Cup due to a knee injury which required over 12 months rehabilitation and saw him edged out of the Ireland backrow until Jamie Heaslip’s injury last March. Despite the last-minute promotion from the bench, O’Mahony finished Ireland’s victory over England as undisputed man of the match.

“Any team Pete embeds himself into he takes his opportunity,” O’Driscoll continued. “I think he is going to be a huge player for Ireland come the World Cup.”

CJ Stander is ready-made and proven cover for O’Mahony as Munster captain while new Ulster coach Jono Gibbes seemingly felt Best was the necessary appointment for this season.

The dual responsibility is seen as enormous strain for one man to shoulder.

“I was encouraged to give up the captaincy of the province if I was to hold onto the national captaincy,” said O’Driscoll. “I do think there is a big work load in being captain of both so I was intrigued to see Rory taking up the Ulster captaincy again. But he’s not the sort of guy to give up a captaincy, and considering how good a job he has done with Ireland I think he would have to have it prised off him.

“Who could lead in his absence? Pete is the obvious choice, he is hugely respected, but you have to guarantee your captain a starting berth and with that backrow right now, 100 percent guaranteed? Probably not. But there is a good likelihood Pete will be there.

O’Driscoll is alluding to other blindside options as Rhys Ruddock (excellent as captain on tour in June), Dan Leavy, Jack Conan and Stander will all make strong claims to wear the six jersey in November.

“Other than that Johnny [Sexton] showed a cool head for the Lions. Over the last few years he has mellowed out a lot. He is definitely captaincy material. Conor Murray doesn’t need to be captain because he just leads the way with his performance – being a world class nine.

“I do think it is probably Pete, Johnny or Rory.”

An official announcement is not expected any time soon.

LeBron James among those to slam Drew Brees’ anthem comments 06:32
Tokyo governor says organisers exploring ‘simplified’ Olympics 06:22
No-nonsense Kellie Harrington busy playing the waiting game 06:00
Conor Stakelum answers the call after skating ambitions put on ice for now 06:00
Eoin Murchan on being the wrong player in the right place at the right time 06:00
Here is your handy guide to sport on television this week