Connacht must be ‘on song’ to beat Southern Kings – Keane 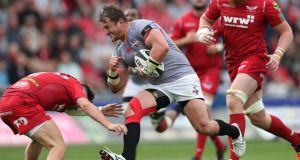 South Africa’s Southern Kings having been “thrown” into the Guinness Pro14, have also found themselves thrust into west of Ireland culture.

Arriving in Ireland for their first fixture against Connacht, they immediately were caught in the middle Galway’s hurling celebrations.

“We got here Sunday night, having got stuck in hurling traffic, and it took out another two hours for us,” says prop Schalk Ferreira. “It was awesome to see. We had a pitstop at a dining stop and talked to some of the Galway fans – a good experience.”

Ferreira says their opening day 57-10 loss to the Scarlets was a steep learning curve, but believes his team-mates are adapting quickly to the new competition.

“We didn’t have a lot of time to prepare, but the amount of time we did in those two weeks, there was a hunger to learn quickly. It was a little bit too far in Wales, a different style from Super Rugby, but we have adapted well to it and will be ready on Saturday.”

Connacht’s Kieran Keane is equally adamant Connacht will recover from their 18-12 defeat to Glasgow, having had “philosophical and other discussions” about their performance.

“We didn’t score enough points in that first half. We missed three serious opportunities to score tries, one of which you would argue was scored anyway, so there was never enough points gathered with the wind. We have reflected on that, and the means and mechanisms to make those things happen. On the day, for whatever reasons, we just choked.”

Keane says Connacht lost their way by forgetting the structures of their attacking play.

“We are giving players responsibility and opportunity, but unfortunately on this day the structure of our attacking game went out the window.”

That, says Keane, is what the squad calls “MSU”.

“You won’t get an answer what that stands for, but we had a lot of MSU going on, and we never recovered from that. What we practised for three weeks went out the window and MSU took over.”

Keane says if Connacht are “not on song”, it could be a tough evening.

“I have no doubt the Southern Kings will be up for it, hurting after their first game. They are a very physical side, have a lot of physical prowess in their front eight and back seven, so they are fairly expansive, quite brutal.

“They bring a lot of threats, they love to play and love to give the ball a bit of air, so I imagine if we are not on song, things could be turned around by them quite quickly. But of course, we want to turn things around too, big time.”

“People will be excited because they will really enjoy their style. They are extremely quick, have athletes all over the park, and it will be exciting for people to see them. They bring a great brand of rugby, a joie de vivre.”

Keane still has some injury worries. Prop Finlay Bealham is the latest to join the list and is undergoing return to play protocols for a head injury. Still absent is fullback Tiernan O’Halloran, who has returned to training after knee surgery – “structurally fine, and we will put a bit more pressure on his joints and see how he comes through”.

Lock Andrew Browne is expected to be out for a “number of weeks” with an achilles’ tendon injury, while centre Peter Robb is sidelined until December following surgery on his hip. Scrumhalf Caolan Blade is reintegrating into team training this week following a hamstring injury.