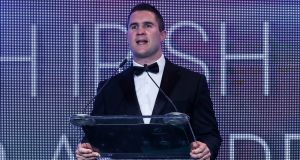 Representatives from the IRFU and Rugby Players Ireland (RPI) appear to remain far apart regarding the Union’s proposed 20 per cent cut in salaries across all staff, both non-playing and playing, in light of the losses incurred due to the Covid-19 pandemic.

This follows a third round of discussions on Wednesday between the respective chief executives, Philip Browne and Simon Keogh, and their legal advisers and accountants, with a fourth to be held next week.

Whereas statements were issued previously by the RPI after The Irish Times revealed the Union’s plans to impose 20 per cent pay cuts and by both parties following the second round of talks, there were none this time, which clearly indicates they are still a long way from an agreement.

“All I can say is that negotiations are still ongoing and we haven’t reached an agreement yet,” commented Keogh.

While the Union will have demonstrated the need to make savings and highlight that all other staff, including coaches, have agreed to the 20 per cent reduction in salaries, from July 1st, the RPI have pointed out that the players have shorter careers and cannot reduce their workload by one per cent, much less by a fifth.

There is also, apparently, no agreement on how long the proposed pay cuts will remain in place before coming under review. If, for example, Ireland are hosting Six Nations games in a full Aviva Stadium next February – which, admittedly, is a very optimistic scenario – then it would seem unfair that the sport’s most prized commodity are still being paid significantly less.

The Union’s coffers have also been swelled by the first payment of €5.5 million from the private equity firm CVC, after they purchased a 28 per cent share in the Pro 14.

The RPI can further argue that the landscape has changed since negotiations with the IRFU began, given the Union are understood to be receiving a third of the €40 million which the Government have set aside for the three main sporting bodies in Ireland as part of their aid package for sports.

However, it is understood that discussions have been continuing regularly and that the Union have been more forthcoming than has historically been the case with the players’ body. Hence the discussions have remained productive if also tough and heated at times.

They are also still at a delicate stage of the negotiations but there is a feeling on both sides that, akin to the salary deferral scheme which was agreed by both parties at the outset of the lockdown, another agreement can eventually be reached again.

1 Keith Duggan: Bubba Wallace tweet shows just how troubled Donald Trump’s mind is
2 Jack Charlton’s own grievances endeared him to Irish fans
3 ‘Jack used to call me his official grasshopper keeper. We had a great time’
4 Capturing Irish hearts and falling asleep in the Vatican: Jack Charlton in his own words
5 Andy Moran on moving on from a Mayo career that glowed golden to the end
Real news has value SUBSCRIBE

Here is your handy guide to sport on television this week 17:01
Trezeguet double against Palace boosts Aston Villa’s survival hopes 16:48
Lewis Hamilton puts in dominating drive to claim Styrian Grand Prix 16:25
‘Jack used to call me his official grasshopper keeper. We had a great time’ 16:26
Leeds march on thanks to late Pablo Hernandez winner 15:50
Crossword Get access to over 6,000 interactive crosswords