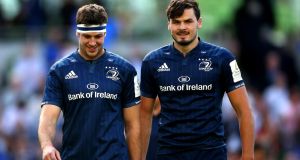 Besides Ireland’s spectacular failure at the World Cup – and a poor Six Nations campaign – rugby on the island had a very productive 2019.

I know, I know there’s nowhere to hide. At the elite level, when it mattered most, we were underdone, if not physicality and strategically then certainly mentally. What transpired will be studied for generations to come. It has to be, for good reason, because this was a new type of failure – an inability to cope with being branded the best in the world.

Grand Slam, no worries. Champions of Europe, sits comfortably. But being number one on the planet proved to be suffocating.

Now we know the secret: never beat the All Blacks ever again. Glorious failure is who we are, it’s in our bones and that’s our lot.

This was not a systematic failure. The support structures around the national team, especially what comes from the feeder provinces, remains robust.

So, if we dig a little deeper and try to figure out what we are about and where we want to go next, the downward spiral can be halted.

Expecting to win the Six Nations and Champions Cup only registered in the collective psyche of Irish players around 2006. All those Triple Crowns and the sight of Anthony Foley lifting the Heineken Cup in Cardiff made us all demand more of ourselves.

A man named Joe is to blame for so much of our new-found discipline and self-belief. The Schmidt decade came and went with us reaching higher than ever before. Everyone struggled with the demands and expectations that come with success. Even New Zealand were not able to carry the pressure load at five World Cups. They were obviously the team to beat on each and every season, with a string of dazzlingly gifted players, who couldn’t get the job done when it really mattered.

Ireland after both World Cups in 2007 and 2011 appeared to be a team in decline when they should have been moving in the opposite direction.

Avoiding that same fate – essentially learning from the past – is priority number one for the IRFU, and this is not just Andy Farrell’s brief but the players – old and new – must show up in 2020.

There is plenty of evidence to suggest Irish rugby is not entering a recessionary period.

Individual form gives me hope. It is never the tactics that deliver victory, it is the individual’s ability to deliver amidst the homogenised and heavily structured ways of this professional sport.

Take John Cooney. The stand-out player this year avoided having to bow and utter “arigatou gozaimasu” [thank you] at every turn. He has flipped crushing disappointment into a positive with some stunning tries and nerveless kicking.

Now a narrative is being built around Cooney versus Conor Murray regarding who will become the starting Ireland scrumhalf?

I doubt that ever became a genuine debate in the national camp before this year because Cooney’s excellence came from a game plan Dan McFarland sketched around his scrumhalf making all the key attacking decisions.

That’s not how Schmidt’s Ireland worked. Cooney has carte blanche to speed up and slow down the tempo, to kick or punch holes with everyone else expected to get on his page. We are watching the form player in Europe because the Ulster front five are gifting Cooney the inches to show his worth. Without the heavies doing their jobs none of this would be possible.

Except on Lions tours, Murray has always played in a system where he is beholden to the game plan. He is a key link in the chain. That’s what made Ireland so successful in 2018.

Cooney is allowed go off script. He’s encouraged to play ball. Make him operate on a prescriptive plan, where Murray excels, and he struggles. So much so that the coach deemed him the fourth best Irish scrumhalf at doing precisely what he was told.

If Farrell and Mike Catt, as the new attack coach, keep remnants of the Schmidt plan there is little chance of Cooney being selected over Murray. If Ireland change up then Cooney instantly becomes the ideal maverick off the bench like Alby Mathewson has done when replacing Murray in Munster games these past 12 months.

Or John gets the number nine jersey on form and is permitted to replicate the Ulster way in a green jersey.

Either way, only form players should be selected next year.

Ireland will not completely change. Winning the Six Nations – and be under no illusions that that is the primary goal again – demands a certain degree of conservatism. The coach knows how to do this. Ireland still do not know how to put together five, never mind seven, performances every four years in a condensed time frame against unusual opposition.

We all know this.

What we have learned is the one-size-fits-all approach to coaching rugby players cannot be the future strategy. Cooney, now 29, is as good an example as any. McFarland has rejuvenated his career with Dwayne Peel, when we remember his style of play, also having a significant influence.

Same goes for Johann Van Graan with Joey Carbery and even Murray. Just like we know Stuart Lancaster is freeing up the minds of young Leinster talent and Andy Friend is working wonders with Connacht players like Caolin Blade.

The individual coaching influence on players is vital (as Schmidt proved with me way back when) and that’s why 2019 goes down as a very fruitful year for Irish rugby at provincial level.

That’s reflected in Farrell’s 45-man training panel for this weekend.

There is a lesson in how Eddie Jones reacted to an abysmal 2018 to lead England to the World Cup final. Jones made significant changes to his backroom and welcomed back some key men like Sam Underhill, Manu Tuilagi and Billy Vunipola. It just shows how quickly a group can be revitalised by individual coaching.

If not for Leinster’s phenomenal standards, this column would be branding Ulster the form team in Ireland. Their squad remains thin but the rewards are immediate as Billy Burns pushes past Jack Carty in the national outhalf pecking order. Cooney is back in vogue. Marty Moore has an opportunity to renew his tighthead credentials (maybe Andrew Porter will return to loosehead) while Will Addison, Stuart McCloskey and Rob Herring are getting fresh opportunities due to present-day form, not past reputation.

Plunging confidence destroyed Ireland’s ambition in 2019. This must still seem strange to the public and the media but the cliché is true: when belief starts to fade even a little it infects the entire group.

The problem from last February was the Ireland management and senior players didn’t know how to turn the ship around. Nobody had seen this iceberg before.

My Leinster team could not figure out how to win quarter-finals. Defeats kept occurring in different ways (we barely won at The Stoop in 2009).

The current Ireland squad will benefit from the mistakes made by previous generations. That’s how it goes. That’s why they can rightly expect to come close to a Grand Slam or at least winning four from five in every Six Nations. But I’m certain we needed to lose to New Zealand in 2013, in the manner we did, in order to beat France in 2014 to capture the Six Nations title.

It’s about being in a constant state of transition. Any sort of new development will invigorate an elite player.

This year Ireland reacted to a poor Six Nations and the loss to Japan by trying to do what they always did, only better. That’s the failure in a nutshell. They didn’t have enough time to right the wrongs.

The next Ireland team that climbs to number one in the world will be able to cope because a higher emotional quotient will exist.

The team I played on learned enough from the 2007 World Cup to avoid the same mistakes in 2011 but not enough to make the great leap we were definitely capable of.

The 2020 group has all this past knowledge to tap into but most encouragingly of all for me is the sight of fresh blood – Rónan Kelleher, Caelan Doris and Max Deegan – alongside form picks like Jean Kleyn and Devin Toner.

Leading individuals are playing well. Johnny Sexton and Josh van der Flier are on fire since Japan, where they did show hints of reaching current heights.

The collective malaise is gone now. Pause for hope and realise that Irish rugby is going to be just fine. The platform for success remains in place.