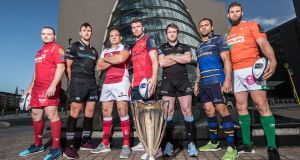 The bully boys in the Anglo-French alliance which shredded the old Heineken Cup and ERC would be loathe to admit it, but last season’s revival by the Pro14 and particularly Leinster and Munster was a badly needed shot in the arm for the European Champions Cup and its hitherto largely unfulfilled promises of untold new corporate riches.

For the last five seasons, the blue riband of European club rugby had been dominated by two teams, with Toulon’s three-in-a-row being followed by Saracens’ back-to-back triumphs. What’s more, only two other teams had contested finals in the last five years, namely Clermont and Racing.

This was also reflected in the knock-out stages two seasons ago, the first Anglo-French carve-up of the quarter-finals since 1997-98. As Leo Cullen reminded us at this season’s Pro14 launch of the European competitions in Dublin, there was plenty of doom and gloom around the same room 12 months previously.

Indeed, it’s remarkable to reflect that Munster were 7/1 to win a pool containing Racing, Leicester and Glasgow, and that Leinster were best priced of the Irish teams at 22/1 in the outright betting, with Munster and Ulster 40/1 shots.

The presence of Leinster, Munster and Glasgow in the knock-out stages last season contributed to an aggregate attendance of 110,339 for the quarter-fnals, more than the combined attendances for the Anglo-French quarter-finals and semi-finals of the previous season.

The 91,324 which attended the semi-finals between Clermont and Leinster in Lyon, and Munster and Saracens in the Aviva Stadium were almost two and a half times the total for the Saracens-Wasps and Leicester-Racing semi-finals of the previous season.

Despite the bigger slice of the Euro TV cake for the Anglo-French alliance, to augment their own bigger TV deals (especially in France) and multi-millionaire benefactors, heading into this season’s competition, Leinster, Munster, Glasgow and perhaps the Scarlets as well, all look equipped to be strong challengers again.

This is good for the competition.

The Irish player welfare programme has again meant the provinces have had a slow-burning start, but it will also stand to them over the season. If Leinster can overcome Montpellier in their pivotal opener then, with Johnny Sexton pulling the strings and Stuart Lancaster more embedded, they should go stronger.

That said, Glasgow have added further to their attacking game under Dave Rennie, and with Sandy Park something of a fortress for Exeter, away wins will be like gold-dust in a pool not liable to throw up two qualifiers.

With next Monday marking the first anniversary of Anthony Foley’s passing, if the transition from Rassie Erasmus to Johan van Graan is relatively smooth, Munster may not be as unsettled as many believe. They have the better draw, and the Euro-savvy to still be in contention when hosting Castres in the sixth round.

All that said and done – as when Munster and Leinster were in their pomp by winning five out of seven Heineken Cups from 2006 to 2012 – this is Saracens’ time after Toulon’s period of hegemony.

Mark McCall’s settled and remorseless machine are again starting to motor along nicely, last week’s record win over an injury-ravaged Wasps propelling them to the top of the Premiership. They retain their unflinching attack and rock solid defence, complete with a go-to maul. But as they showed last season, notably with their bonus point win on the opening weekend in Toulon, they have added attacking weapons to their armoury.

Furthermore, they come into this tournament on the back of an unprecedented 18 unbeaten matches in a row. No-one had ever gone through a European Cup campaign with nine wins on the bounce until two seasons ago, and last season only a draw with Scarlets prevented them from repeating the feat.

By contrast, their victims in last season’s final, Clermont, are still suffering from the exertions of last season, when they also went on to win a coveted second French Championship. After a 38-game season which began on August 20th and finished on June 4th, Clermont have become the latest victims of the curse of the bouclier de brennus, which afflicted Racing last season, Stade Francais the season before and Castres in 2013-14.

Without even a solitary point from four games on the road, they stand ninth domestically. Clermont will also be the main Top 14 suppliers to Guy Noves’ during the November window, when two of les bleus’ four games will be against the All Blacks.

Yet having been sated with that second bouclier, the 37-year-old Aurelien Rougerie, Morgan Parra et al crave a breakthrough European Cup win (which would be the next best thing to an Irish triumph) after losing three finals in five seasons.

Clermont could be symptomatic of the French not putting their best foot forward in Europe this season. The tournament’s most successful club, four-time winners Toulouse, will be missing for the first time in 23 years, although they are showing distinct signs of a revival this season.

There’s no doubting Montpellier’s ambition or cast of galacticos, while La Rochelle are exciting newcomers. But Munster’s two French group opponents, Castres and Racing, are also in the bottom half, while Toulon are sixth and regrouping under Fabien Galthie. Indeed, four of the Top 14’s leading seven right now, Lyon, Toulouse, Bordeaux and Pau, are competing in the Challenge Cup.

Connacht have avoided all of them and are instead pitched with newly promoted Oyonnax and Brive, who sit 12th and 14th with one win apiece after seven rounds, as well as Worcester, who are bottom of the Premiership without a win in six games.

They’ve been playing better than their results suggest, and with this favourable draw in mind, the Challenge Cup offers another route into next season’s Champions Cup (which could potentially reach down to the semi-finalists) as well as a shot at silverware.

By contrast, in addition to Saracens, five of England’s other six entrants, champions Exeter, Northampton, Bath, Leicester and Harlequins, are all in their top seven; the exceptions being Wasps in 10th. Therefore, all in all, the Premiership looks like putting forward a stronger array of contenders than the odds would suggest.

However, as the outright betting indicates, Saracens remain the team to beat, with Leinster, Clermont or Toulon having the European pedigree and quality to be their biggest dangers, and Glasgow the tournament dark horses.

If that proves to be the case, all the better for the 2017-18 European Champions Cup.