Dominic Ryan: The terrifying concussions which have forced my retirement 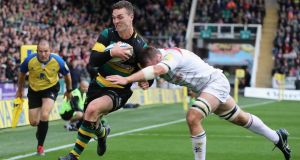 A year ago playing for Leicester Tigers in the Aviva Premiership, Dominic Ryan thundered into Wales and Lions winger George North, unaware that the tackle would be the beginning of the end of him playing professional rugby. Today in The Irish Times he publicly announces his retirement.

Ryan, 28, offers unflinching honesty in describing how concussion destroyed his hopes of revitalising a career that had become a little stagnant at Leinster; how a once outstanding, teak-tough flanker who thrived on big hits was consumed by anxiety and self-doubt.