Strict Covid protocols breached ahead of match against England at Twickenham 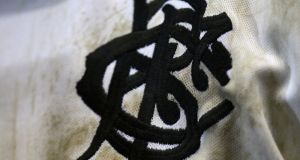 The English RFU has announced it is reviewing whether the England v Barbarians fixture, scheduled for Sunday, can still go ahead after “a number of Barbarians players breached the agreed Covid code of conduct protocol”. File photograph: PA

England’s autumn curtain-raiser has been plunged into chaos after the former national captain Chris Robshaw was one of 12 Barbarians players to go on an unauthorised night out on Wednesday, breaching strict Covid protocols and placing Sunday’s match at Twickenham in serious doubt. The dozen have been banished from the squad and the famous annual fixture will be called off if the Barbarians cannot find enough replacements by Friday afternoon.

According to the Guardian newspaper Robshaw and a number of the squad’s Saracens contingent, understood to include Richard Wigglesworth, Sean Maitland and Jackson Wray, were among 12 players who went out for dinner in central London. The Barbarians have strongly denied that any heavy drinking was involved but the players contravened a Covid code of conduct they had all agreed to.

It means a desperate end to rugby in England for Robshaw, who has been denied a farewell at Twickenham before he heads to the USA, and if the match is called off, it will be of huge and costly embarrassment to the English Rugby Football Union and the Barbarians. It would also deny Eddie Jones’s side crucial preparation for their Six Nations finale against Italy the following Saturday.

Barbarians officials are said to be “extremely disappointed” with the players, while the RFU will be desperate to avoid cancelling the match. The union insisted it will not “compromise the safety of players” if replacements “with an appropriate testing history” are not found.

It is understood England have already agreed to provide the Barbarians with some squad members and one Barbarians official was optimistic on Thursday night that the game would go ahead. But they will still need to find further replacements by Friday afternoon, almost certainly from other international setups – almost certainly from Wales or Scotland – who have been ensconced in biosecure bubbles.

While Bristol were tested on Tuesday when still on standby for the Premiership final, they had not been contacted for players as of Thursday night. Premiership Rugby is unlikely to allow Bristol to release players in any case as their bubble ended earlier this week.

An RFU statement read: “On the evening of October 21st a number of Barbarians players breached the agreed Covid code of conduct protocol by leaving their hotel bubble without permission and without informing organisers about their whereabouts. On their return, the players were immediately separated from the rest of the group in the bubble in order to protect its integrity.

“If sufficient new players with an appropriate testing history and who have been meeting the code of conduct standards can be brought into the Barbarians camp then the game will go ahead. The RFU scheduled the Barbarians fixture for performance purposes in order to provide a warm-up game ahead of the postponed Italy v England Six Nations decider, however it will not compromise the safety of players to do so.” - Guardian