Time for a rethink on Dublin Racing Festival 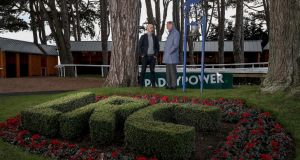 Offering too much at one time can backfire. Just ask the Labour party after last month’s UK election where a manifesto containing superabundant promises simply overloaded voters. It’s a stretch from that to the Dublin Racing Festival. But not so much that fears about Irish jump racing’s shop-window event offering too much of a good thing at one time aren’t plausible.

The festival is designed to showcase the best of Ireland’s National Hunt game. It follows the trend towards concentrating resources into a single ‘event’ in order to focus as much attention as possible on the sector. A lot of that brief is to try and increase the sport’s profile outside its usual confines, especially – as the festival’s title suggests – among the million strong population in the capital city.

So this weekend 16 races worth over €2 million, half of them Grade One, and containing most of the best horses in the country, will be run over two days on Dublin’s doorstep in Leopardstown. In terms of profile it is a clear case of Irish racing putting all its best eggs into a single basket. Much less clear is whether or not such overload is working.

Of course those within racing are convinced. With huge prizemoney, more opportunities and a perfect date five weeks out of Cheltenham there’s nothing not to like. In fact the chiropractor industry must be thriving given the amount of mutual hearty back-slapping going on about the success of the DRF.

The problem is this is preaching to the converted. There’s little evidence that cramming every goodie into one big-race splurge succeeds in spreading the racing word beyond its own church.

Ruby Walsh’s expectation that such a bonanza demanded Leopardstown be filled hasn’t come close to fruition. To date a track with an 18,000 capacity has had a single biggest ‘DRF’ attendance of 14,105. Last year’s total weekend attendance of 24,254 was down almost two thousand on 2018. At best momentum has stalled.

It’s true that crowd figures are a blunt measure of racing’s appeal, although curiously they get plugged to the max when positive. But there is more to the festival’s brief than footfall. Another measure is profile, through all sorts of media, both social and mainstream. And if the festival’s goal is to put racing centre-stage this weekend then it won’t work.

It can’t work because, like it or not, the weekend’s sporting focus will be front and centre on Six Nations rugby. Ireland play Scotland at Lansdowne Road on Saturday. The build up to that fixture will dominate the media agenda this week. Analysis of the outcome will tower over everything else afterwards, even a GAA National League programme that includes Dublin v Mayo in football.

That scheduling means Leopardstown’s action has a fight on its hands for prominence in any national sporting conversation. It doesn’t matter how many goodies get thrown at the weekend. In fact the negative consequence of such a concentration of resources is that an undue number of valuable and prestigious races just get overwhelmed.

Saturday’s Ladbrokes Handicap Hurdle is worth €150,000. The following day’s Gaelic Plant Handicap Chase is similarly valuable. Both will rate barely more than a mention in coverage of the weekend action. Grade One races too will be demoted to secondary status underneath a remorseless tide of action headlined by both the PCI Irish Champion Hurdle and the Paddy Power Irish Gold Cup.

The question can and should be asked if this is an effective use of resources. If attention outside racing’s normal confines is the ambition then throwing every kitchen sink in the place at this weekend still won’t allow racing elbow its way to the front of the profile queue, unless, sadly, it is for something negative.

Yet we’re emerging from a very dry January in terms of counter sporting attractions. It’s a month with a distinctly second-rate feel to it when it comes to sports action generally and that now includes racing with weeks shorn of prime contests in order to cater for the DRF.

The result has been a series of weekends notably lacking star quality. Yesterday’s Naas card had Grade Three events. The previous week led up to a Grade Two programme at Thurles. Prior to that was a less than inspiring Punchestown fixture.

If more mainstream attention is the ambition then this failure to exploit a relative lack of competition in January is tough to explain. It’s no stretch to argue that a series of Grade Ones and valuable handicaps deserve better that to be swamped and can be distributed more prudently in order to provide a continuous big-race narrative on the road to Cheltenham.

It’s hard not to suspect that an Irish Champion Hurdle card in January, with a couple of substantial undercard contests, would still come close to a similar size crowd to any DRF day. Crucially it could also command higher rank in sport’s pecking order. Rather than hugely valuable handicaps being reduced to secondary status a single card could be devoted to them and billed as such.

In fact these riches could be distributed throughout a series of successive Leopardstown Sunday meetings that give the wider sporting public a continuous narrative they can choose to pay attention to if they want. It would be comparatively free from major counter-attractions which could only be a plus for profile.

Any racing professionals complaining about timing in relation to Cheltenham might be reminded that they somehow got to the Cotswolds in perfectly good shape prior to 2018.

Racing unequivocally pierces the national consciousness on a handful of occasions every year. That’s in a way that big football and rugby internationals, or major GAA dates in the concluding stages of the championship, can command. It’s more than most other significant sports.

Cheltenham and the Aintree National manage it. So do Punchestown and Galway, as well as Leopardstown over Christmas. The first two of those are in Britain. It’s interesting how Punchestown and Galway are mostly midweek so they have much of the sporting diary to themselves. Christmas dictates Leopardstown gets that, no matter which way the dates fall.

The Dublin Racing Festival might deserve similar prominence in terms of quality but it’s unlikely to ever graduate to that level no matter how much money or big races get flung at it. That doesn’t mean the sum of the parts isn’t a prospect to relish. But the party line might ultimately be best served by examining if those parts might be deployed more astutely.