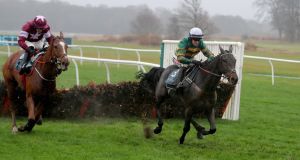 Newcastle is set to host the opening fixture if racing in Britain is able to resume as hoped behind closed doors on June 1st.

Racing last took place in Britain at Wetherby and Taunton on March 17th, with both cards staged behind closed doors. Hopes of a restart this month were dealt a blow on Monday following news from the government that there would be no professional sport, even without spectators, in England until at least June 1st.

The British Horseracing Authority (BHA) announced on Wednesday that the 2000 and 1000 Guineas would be run on June 6th and 7th and Royal Ascot would remain in its traditional spot in the calendar, although all plans remain subject to sport being cleared to resume. The Derby and Oaks have been pencilled in for the same day this year, July 4th.

Adding further detail to the first seven days of action, the cross-industry Resumption of Racing Group revealed both Newcastle and Kempton will then race on June 2nd, followed by Kempton and Yarmouth on June 3rd and Newcastle and Newmarket on June 4th.

Newmarket’s Friday card will be headlined by the Coronation Cup, which has been moved from Epsom, plus the Brigadier Gerard Stakes, Paradise Stakes and Abernant Stakes. Lingfield hosts its Derby and Oaks trials that day.

The group said in a communication to trainers on Thursday evening: “Following the UK government’s publication of a provisional timeline for the return of sport, we are now planning for racing to resume behind closed doors on June 1st.

“To support this plan, the sport will publish by Monday a timetable setting out the preparatory steps we need to work on together, prior to the return of racing, to ensure we are ready to meet that date.

“This will include an outline of the processes and protocols that need to be agreed and communicated across the industry, and we will be asking for your help and support in ensuring that this ‘lead-in’ preparation is completed as quickly as possible.

“We know that significant changes have already been implemented across the industry – in training yards, at studs and on racecourses – to ensure strict adherence to social distancing measures and to help reduce the spread of the [Covid-19] virus.

“In the same manner, strict measures will be applied on racedays, and the racecourses are working with the BHA’s course inspectors to develop and implement the necessary requirements to provide the safest possible environment for all attendees. This includes planning for how a raceday will function – including entry and exit and movement around the site – whilst maintaining social distancing.”

The group said it intends to publish the fixture list and race programme for the remainder of June by the end of next week.

It added: “As with all race planning at this point, the exact timetable is based on our best-case scenario planning and remains subject to an assessment by public health officials of the risks posed by the virus at the time.”

Details about the participation of foreign-trained runners are expected to be released on Friday.