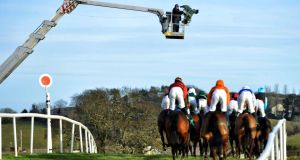 Ryanair boss Michael O’Leary has said the switch of live racing pictures from the At The Races channel to Racing UK next year is a “retrograde” step with the potential to be very damaging to Irish racing.

Confirmation of a deal between Satellite Information Services (SIS) and RUK is expected at an EGM of the Association of Irish Racecourses (AIR) in Newbridge on Tuesday.

The EGM is technically capable of vetoing SIS’s decision to wind up its deal with At The Races at the end of this year. However the AIR board has recommend it be accepted.

SIS holds the broadcast rights to all 26 of Ireland’s racecourses after concluding a deal with Horse Racing Ireland’s media rights committee in 2016. It holds those rights until 2023.

A number of leading racing figures, including JP McManus, have expressed unease at the prospect of coverage of Irish racing switching to RUK and on Sunday O’Leary strongly criticised the move.

“It’s a very retrograde step. I think it’s very bad for Irish racing. Racing UK provides a terrific service and it’s a fantastic operation. But I don’t want to be watching Irish racing on split screen when I can’t see what’s going on.

“The great thing about having Racing UK and At The Races is there’s competition which provides that platform of Irish racing and UK racing and that brings more people into it. Less people will watch Irish racing when it’s on the Racing UK channel,” he said.

“If Racing UK takes over Irish racing then At The Races folds. And what happens then in two or three years time when the deal comes up again and there’s no alternative. I don’t understand the decision making.

“If Racing UK offered a huge amount for the rights then fine: but whoever’s selling the rights should come out and say that. I’ve seen nothing yet to say Racing UK have offered double the money. What’s the money?” he argued.

O’Leary added: “Jumping should be trying to provide competition between Racing UK and At The Races . Let them compete.

“I would be very worried if Racing UK has a monopoly because I don’t see At The Races surviving. And that would be a very damaging development to Irish racing.”

On Sunday the AIR chief executive Paddy Walsh declined to comment on the matter until after Tuesday’s EGM.

The Association of Irish Racehorse Owners (AIRO) issued a statement on Sunday which stressed that it is they who supply the material for TV pictures.

It said the revelation that TV coverage of Irish racing switch from ATR to RUK in 2019 “took the various bodies within the industry by surprise and the AIRO shares the concerns expressed”.

The statement added: “We have expressed our concerns to the authorities that Irish racing would not get the same exposure as that given by At The Races and have been given to understand that this will not be the case.

“We are also concerned that Racing UK is an additional subscription channel to the Sky Sports package which will obviously incur more costs to those who watch Irish racing.

“It is understood the income from the deal will mean a substantial sum to Irish racing and while this may be so, and welcomed, it must not be forgotten that owners are a major investor in the industry, without whom there would be no industry.

“It is the owners who provide the material for the TV pictures from which the racecourses get this substantial income. This will have to be recognised in a tangible way by HRI and AIR.

“It is essential that enhanced prizemoney, together with improved on-course facilities and other benefits from this deal accrue to owners. On their behalf we will seek to obtain them.”

Among those expressing unease at the switch has been legendary owner JP McManus who reportedly commented at the weekend that he was “saddened to learn of the development”. Champion trainer Willie Mullins also said he was “very sorry” to lose At The Races.