Study shows survival rates of young salmon are in decline 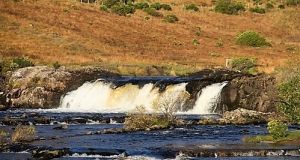 A new study shows how salmon survival leaving freshwater is an important factor in declining European salmon populations, according to early results from a project examining early migration phase of salmon smolts from rivers across Europe.

The scientists discussed findings from the international Smoltrack project, the results of which reveal factors in the known decline of salmon stocks.

The project, which is funded by the North Atlantic Salmon Conservation Organisation, aims to help determine survival rates of young salmon as they move from rivers into the marine environment.

Work commenced in 2017, and early results show that survival during movement from rivers to the sea is lower than expected.

While it was already accepted that salmon are impacted by a number of factors including effects of climate change, limited feeding opportunities and sea lice induced by fish farms, the low survival rate in river systems presenting in this research is a new development.

The low survival of smolts in some river systems could be attributed to changes in temperature and flow, while predators have also been shown to impact on numbers entering the sea.

Survival varies by catchment and, in a bad year, survival can be three times lower than in a good year. These results will be published in international journals on completion of the research.

The international project involves scientists from each participating country to tag salmon smolts with miniaturised acoustic and radio transmitter tags in rivers, and track their migration journey through lower parts of rivers, estuaries and coastal areas.

This information will help scientists to understand survival rates of salmon smolts during migration under varying conditions ranging from cooler climates in Sweden to warmer climates in Spain.

Already Smoltrack is providing new data on the initial migration of salmon smolts which will inform future management and conservation measures for this iconic species.

Dr Cathal Gallagher, IFI’s head of research and development, said: “We have seen a substantial reduction of salmon returning to Irish shores in recent decades. This project is examining what is happening to our young salmon as they migrate to sea and what the international community needs to do to help salmon populations.”

International Year of the Salmon is a joint worldwide initiative of Nasco and the North Pacific Anadromous Fish Commission alongside other partners across the globe, creating an international framework for collaborative outreach and research.

To coincide with IYS, the Blackwater Salmon Fishery is hosting a “Young Persons’ Day” which promises to be an educational and fun-filled introduction to angling. The day will include talks on safety around water, the salmon life-cycle and importance of clean water.

Time will also be allotted for some fishing and the day will round off with a barbecue. Make a note of the date: Saturday June 22nd and all are welcome. To book, contact Glenda at 087-2351260 or glenda@glendapowellguiding.com.

The Angling Council of Ireland (ACI) is delighted to announce that the Irish Federation of Sea Anglers’ senior shore team achieved silver medal status at the world championships in South Africa earlier this month.

“It is a fantastic result and highlights the efforts of the anglers. They really are a credit to sport in Ireland and are one of our most consistent world medal winners. The IFSA ladies also had a very good championship, but unfortunately were not in the medal positions on this occasion,” ACI’s Jonathan Rice said.

Support received from Sport Ireland, Coaching Ireland, Inland Fisheries Ireland and Sport Capital Grants helps ACI to work with affiliated federations. It has energised voluntary members to work even harder to encourage angling participation with a focus on youth.

Waterford Trout Angling Association is hosting a charity competition in aid of the South East Simon Community on Saturday March 9th at Knockaderry lake. Admission is €30 and open to all. Entry forms are available from the Facebook page: Waterford fly fishing.

On Saturday April 13th the club is holding a heat of the Scierra Pairs. Last year was the first occasion for a heat to be held outside the UK, with Irish heat winners Brian and John Brennan coming second in the UK final and receiving a cheque for £1,000.

In late May the club plans an open day for youths to learn about fly fishing to include casting instruction and kick sampling to show what insects trout feed on.

Fresh start to the season

Managed to get the trout angling season off to a good start last weekend with a visit to Lough Corrib and Lough Mask. On opening day (February 15th), along with boating friend Tom Ormond, we linked with the Cornamona club on Corrib and altogether the group caught about 12 trout, all to the fly.

Next day on Mask, the Kilbride area fished extremely well with plenty of action. Over the two days, four boats caught over 20 good trout.