Rowing: Commercial hope to keep up record in Cork

Impressive turnout expected for Head of the River at Cork marina 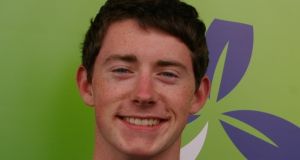 Ronan Byrne is in the men’s senior quadruple UCC/Shandon team for the Cork Head of the River.

Commercial, the men’s senior eights champions of Ireland, head south for the start of the new season this Saturday.

The Dublin club’s crew should be given a good test by UCC, Skibbereen and a Shandon/Lee composite at the Cork Head of the River.

The entry of over 300 crews is impressive. The men’s senior quadruple should be an interesting clash, as it pits some of the top Commercial men against Alan Prendergast, Colm Hennessy, Ronan Byrne and Daniel Begley of UCC/Shandon.

Aoife Feeley and Aifric Keogh, who have been hoping to make the Ireland squad for the season ahead, team up in the UCC women’s pair, while Lisa Dilleen and Frances Judge form a women’s double for Cork Boat Club.

Trinity’s women’s crews are travelling in numbers, with 12 seniors oarswomen and 24 novices set to take to the water.

The location, at the Marina, is a big advantage as it can provide racing in nearly all winds – only easterly blasts, which are rare at this time of year, cause severe problems.

This year the organisers have shortened the course slightly with the aim of making it safer still.

Heads of the River are run on a time-trial basis, and Cork features a succession of these, with the first at 9.30 and the final one at 3pm.

Last season the early season in Ireland featured a succession of cancelled heads because of the bad weather.

Galway Head of the River was one of those to fall victim. This year, with the winds and rain both behaving themselves, the event has been called off. NUIG and, especially, their “old boys’’ club, Gráinne Mhaol, had teamed up with Tribesmen to run the head, but they withdrew and Tribesmen felt they could not carry the burden alone.

This leaves the stage completely clear on March 18th for the Colours Races in Dublin.

A momentous decision for Irish rowing will be made at the Fisa Extraordinary Congress in Tokyo this weekend. The governing body for rowing proposes to remove the men’s lightweight four from the Olympic programme, replacing it with a women’s four to attain gender balance.

Irish delegate Kieran Kerr has been mandated to vote against the change. Fisa’s leaders have been adamant that the move is necessary and that counter proposals, including one which would see a women’s lightweight four being introduced, risk the wrath of the International Olympic Committee, which might take lightweight rowing out of the Games.

Ireland has had some exceptional lightweight fours. At the 2004 Olympic Games, Ireland took sixth. The crew went on to take silver and bronze medals at World Championships in 2005 and 2006.

In 1996, the first year of lightweight events at the Olympic Games, Ireland’s lightweight four finished fourth.

The current group of lightweight men is also a strong one, and a lightweight four was tested at the recent training camp in Seville.