Over 400 crews to compete in Irish Schools Regatta this weekend 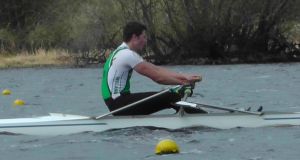 Sometimes the good that men do lives after them. Chris O’Dea, shy of publicity in life, received due credit for his crucial support of Irish rowing this week.

Con Cronin, the former president of Rowing Ireland, told the body’s agm on Sunday that in the Olympic year of 2016, lightweight coach Dominic Casey was not being paid. Cronin called on O’Dea and the Galway man was not found wanting.

“He was a good friend of the sport. I would like that to be acknowledged,” Cronin said.

The fund drive included other sponsors and raised €70,000, which contributed to wages and a training camp.

O’Dea, who died on St Patrick’s Day, rowed with Coláiste Iognáid, NUIG, Neptune and Old Collegians. He was a founder of Techcrete, which makes pre-cast concrete products, and a backer, with his time and funding, of the project to build a Leinster training centre on Blessington Lakes.

A planning application for the boathouse was submitted in September. The search for the site has been protracted. The new one, west of Blessington, fits the bill according to John O’Keefe of local club Three Castles. “It’s beautiful, a fantastic, sheltered area.”

The development is about rowers of the future. Key events this weekend and last have had similar themes.

This Sunday well over 400 crews will compete in the Irish Schools Regatta at O’Brien’s Bridge on the Limerick-Clare border. As regatta secretary Peter O’Brien says, this is a regatta which has “grown exponentially”. It is preceded by Limerick Regatta on Saturday but is now a bigger event.

The fixtures meeting of Rowing Ireland decided on Sunday that next year the schools regatta will be paired with the University Championships. This event will be held on Saturday, April 13th, at Lough Rynn, which is a big, multi-lane venue. The Lough Rynn Regatta is set to follow on the Sunday. Skibbereen Regatta switches off these dates to May 4th and 5th.

That fixtures meeting also heard of a long-term change in the domestic rowing calendar. Delegates were told that younger rowers are set to compete at a new event alongside the Irish Open this September.

It is the first step in a years-long programme which would first involve junior 14 to junior 16 athletes but by 2022 would lead to competition in under-20 and under-22 events. Pat McInerney gave the presentation, and responding to questions from the floor, he admitted that it might be seen as “the thin end of the wedge” which would result in the Irish Championships moving to September.

Ireland high performance director Antonio Maurogiovanni is a fan of the plan. He flew in from the Ireland training camp in Italy for the agm and fixtures meeting. He told delegates that four male heavyweight rowers have now joined the training camp in Varese.

The high-performance programme – as ever – is on a tight budget. Rowing Ireland has announced that an anonymous donation will fund new boats and the development of Castleconnell Boat Club. The money is coming from the United States and has been facilitated by the Ireland Funds.