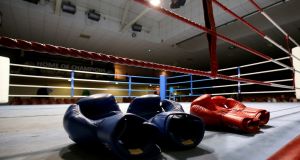 Daina Moorehouse claimed gold at the European Youth Championships in Italy on Wednesday after the Bray light-fly beat Russia’s Kseniia Beschastnova on a 4-1 split decision to top the 48kg podium in Roseto degli Abruzzi .

Irish fighters Dean Clancy, Evelyn Igharo and Dearbhla Rooney had to settle for silver after losing their finals.

Clancy and Igharo lost on unanimous decisions to England fighters Ivan Price and Gemma Richardson in the fly and light-welter classes.

Overall, Ireland’s 16 strong male and female squad will be bringing home one gold, three silver and two bronze from Italy.