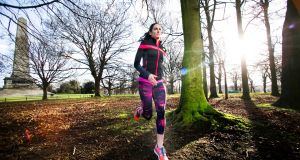 The book hasn’t finally closed on Jessie Barr. Nor does it remain fully open. There is a line the 400m hurdler continues to walk between hope and reality.

Her problem is and for some time has been that the decision is not entirely her own.

The athletic life of the 28-year-old has been capricious and sometimes cruel. In 2015, she was in mint condition and looking towards Rio when her Achilles erupted. Her brother Thomas, also a 400m hurdler, travelled the following year. She painfully watched it all on television. One highlight was that he almost snatched bronze.

It told her about what could be achieved if she could get to the track healthy and prepared to run. It’s why she has not given up. The Olympic Games are an incentive if . . . if she can get to the point to allow herself think that way.

Barr has been tempered over the years. Reality has bitten all too often. But she can’t, even now, deny it. Tokyo 2020 and an Olympic Games is a yearning and it’s still alive. There is willingness. The body will decide.

“In 2015 I was in the best shape of my life when I got an Achilles injury and that was completely devastating. And then to not get to Rio, which was expected, after being so close in London . . .

“I held on to every shred of hope right up to the cut-off time when I was nowhere near fit enough and I still hoped I was going to get there. I have always said I wanted to get to the Olympic Games on my own merit – obviously getting there [London] in the relay was amazing – But I wanted to get there for the hurdles. If it happens, it happens.”

In 2012 Barr finished eighth in the Helsinki European Championships and moved from a 400m hurdler of promise to one on the cusp of delivering bigger and better things.

She is currently injury-free. But normal life and a PhD in psychology have intruded. Although she is no longer a full-time athlete like her brother, she’s tipping away. She knows a clock is ticking too.

“Yes. I am going to tip away at training,” she says. “When am I going to decide, I don’t know. That decision could get made for me. Look, if it gets to this summer and I haven’t raced the decision is probably made.

“But I said that last summer and the summer before and even if I’m training to enjoy it and racing happens great. I think it is still realistic.

“There is talent there. It is quite deeply buried after a couple of years of not really racing. But I like to think I have something left in my legs.”

Her life has shunted sideways and irony has crept in. She has become the inadvertent student and the subject. There is an aspect of self help in studying a PhD in sports psychology. How not to crack up when your body does.

“I don’t know whether that is the chicken or the egg that drew me to that area of study,” she says. “Before, if I missed a training session it was the end of the world.

“Now when I miss a training session it is not the end of the world. I will not be beating myself up about it whereas before it was panic stations, I’d be stressed out and I’d fit it in and then you’d be getting injured because you fit it in. Now I am much more realistic.”

That’s where it stands. Realism and a more settled athlete plotting a course that feels right, so it is right. Getting the measure of the sport, not letting it measure you.

“Put me on a track and I wouldn’t be where I would usually be in January,” she says. “But not injured, which is great.