McCormack strongly believes all such running shoes should be banned 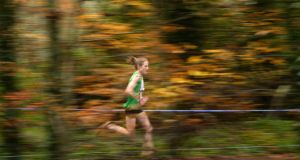 “I’m not a fan of the shoes, and I feel World Athletics have let us down in the last week.” Photograph: Dara Mac Dónaill/The Irish Times

We’re no more than two questions in before the subject turns to cheating. It’s not often Fionnuala McCormack does much talking outside of her running, and when she does it’s inclined to come straight from the heart and the head.

It’s a subject McCormack might feel well versed in too, only this isn’t cheating in the traditional sense (we’ll come to that later): it’s the question of whether or not the Nike Vaporfly running shoes offer an unfair advantage over those not wearing them, and if so is that not some form of cheating?

Currently training for the Tokyo Olympic marathon, which is actually being staged in Sapporo (we’ll come to that later too), McCormack is sponsored by New Balance, which effectively prohibits her from wearing the Nike Vaporfly (at least officially), even if most of the research suggests they can improve running efficiency and times by around four per cent.

Yet McCormack strongly believes all such running shoes should be banned, whether or not they’re made by Nike, and also suggests World Athletics, the governing body of the sport, fell well short with their new limits on shoe technology introduced last Friday.

“The whole thing disappoints me,” she says. “I’m not a fan of the shoes, and I feel World Athletics have let us down in the last week. I feel they were weak and it makes me sad. To me that’s not what the sport is about.

“I feel like I’m the only one that really feels like that. No athletes seem to feel the way I feel about it. It’s all a bit vague, and if you have something that’s having such a major impact, you can’t just put it down to moving with the times. We’ve been moving with the times the last 40, 50 years but we haven’t had a jump like this. So I don’t think they can just write it off as modern day. It doesn’t seem logical to me to do that.”

Nowhere in their amended rules announced on Friday do World Athletics mention Nike Vaporfly, but this is clearly the shoe in mind when introducing new restrictions on midsole thickness (still a hefty 40mm), while also limiting to one the use of any rigid embedded plate or blade within the shoe.

Effectively this means the Nike Vaporfly - both 4% and Next% models - remain perfectly legal, as will all the records and times clocked in athletes wearing them, most notably the two marathon world records (the 2:01:39 Eliud Kipchoge ran to win the 2018 Berlin Marathon, and the 2:14:04 clocked by Brigid Kosgei also from Kenya to win the Chicago Marathon last October).

And are they worth the cost? Read now

McCormack also clocked her lifetime best and Olympic qualifier in Chicago, running 2:26:47, carving almost four minutes off her personal best, coming at age 35 and also just over a year after giving birth to daughter Isla. At no point, however, does she wonder what she might have run had she been wearing a pair of Vaporfly.

“I was lucky coming back last year that I didn’t have to make a decision on shoes, I just wore what I always wore. There is one (New Balance) shoe now, yeah. But I haven’t worn a shoe with a plate or foam in it, I’ve always been minimalist. That’s what I’ve always been comfortable in and what I’m used to. Now, I don’t know if I’m putting myself at too much of a disadvantage to not, I don’t know.”

For now at least it seems McCormack won’t be lining up in Tokyo wearing any shoe designed to give her advantage, but she won’t let that bother her either.

“Other people had the shoe in the last Olympics. It’s the same as standing on the start line knowing there are people who are drug cheats beside you. You don’t look at them and you don’t think about it, you run your own race and you run the best you can. It won’t affect me in that way if I’m not wearing shoes that other people are wearing.”

What also saddens her, she adds, is that some runners may be getting this advantage without necessarily acknowledging it. “I don’t feel your shoes should be giving you an advantage. The rule says ‘unfair advantage or assistance’ and they have been proven to be giving assistance. I don’t know if ‘unfair’ comes before both advantage and assistance or just advantage.

“And it definitely seems to be playing up to the one brand, and set out as ‘we have this and everyone else can play catch up if they want.’ It just doesn’t look fair to me. Maybe it is technological advancement but even for me, how do I compare myself with myself after this? If I wore a shoe, would I have a personal best (PB) before and after? Do I run a PB and believe it’s me? Maybe that’s just making it easier for myself. It would have been so much easier for me if they’d banned the whole lot. I wouldn’t be in a position where I’d ever have to make a choice.”

Asked about the credibility of Kosgei’s 2:14:04, Vaporfly or not, McCormack was a little more muted: it doesn’t help that the reigning women’s Olympic marathon champion from Kenya, Jemima Sumgong, is serving an eight-year ban for two doping offences while silver medal winner Eunice Kirwa (also from Kenya, running for Bahrian) was also busted last year.

“I don’t know, I’m very cynical now, I don’t know what to believe,” she says. “She (Sumgong) doesn’t get her medal taken off her which I think is unfair. I know people say you can’t ban Kenya because it’s not state sponsored, but there shouldn’t be that many people getting caught and it looks like they need to do more than just ban them four years later.”

She’s clearly not impressed by the decision to stage the marathon (and race walks) 800km north of Tokyo in Sapporo: “It’s a bit of a strange decision. I still don’t even know why they did it, I don’t think they’ve moved the other endurance sports that are outside to possibly nicer temperatures or whatever.”

“That’s not for me to say, because if I did I’ll be called bitter and sour grapes. For me on the day I need to stand on the start-line like everyone else and put myself out there and do the best I can and hopefully be happy with it.

“That’s what I mean when I say it makes me sad because all of those small things, they do build up. Some of it I think is weak leadership, it’s not banning the right people, it’s not setting down the right rules, it’s not following the rules they’ve set down. When I get down about the whole thing it still comes back to the same thing for me: I just love running and I love being competitive. There’s things I can’t do anything about, but I can still run and that’s what it comes back to really.”

Fionnuala McCormack was speaking as an ambassador for the Kia Race Series 2020. To register see www.popupraces.ie/kia-race-series-2020/