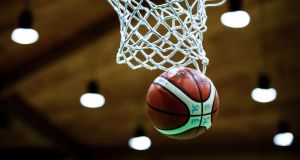 A decade after a financial crisis of their own that resulted in staff numbers being almost halved at Basketball Ireland, the organisation has cried foul over the more favourable way in which it feels the FAI has been treated and asked to be allowed to make a case for additional funding once the general election is out of the way.

Basketball Ireland general secretary Bernard O’Byrne, a former CEO of the FAI, says there is widespread anger and dismay over the way the Government has taken the lead in bailing that association out while basketball has been left to battle its own way back from the financial brink.

“When I joined the association around 2010 or 11, there was a €1.3 million black hole,” he says. “The association had admitted to spending grant funding on things it had not been intended for - the money had gone on basketball but not the aspects of the game for which it had been given - and the association had held up its hands. It then got fined which only made the situation worse and all of the money had to be repaid out of money raised by people involved in the game.

“Contrast that with what we have seen with football. I mean, there is no antipathy towards the FAI here, their negotiators played a blinder but there does seem to have been a double standard applied. Somehow the government has been able to come up with €18 million or €19 million. If we got €1 million extra over and above what we are getting now over the next three years, that could be a game changer for us.”

O’Byrne points to the substantially increased numbers playing basketball, particularly in the schools sector where the association’s gradual ability to start taking on new development officers (a programme that was wiped out when the budget cuts originally hit, as it was expected it might be in football had the emergency funding not been secured) had helped to double numbers at primary school level and significantly grow then at post primary with 860 schools participating in the game.

“Obviously, we would have to admit that we don’t have the numbers that the big three (sports) have but we would be one of the top three among the rest and we are the country’s biggest indoor sport,” he says. “But in 2009 we would have received €900,000 and this year it will be €750,000 so we are down even before you start getting into inflation and the rest of it.

“Despite that, we have grown numbers across the board; you can’t be talking about childhood obesity and inclusivity and female participation - we have an almost 50-50 split - and then argue that what we get is adequate. When the crisis hit we had to suspend our international programme and even now it is 70 per cent funded by parents and participants with us providing the other 30 per cent (up from five per cent a few years back).

“That’s bad enough for those who can afford it but there are kids whose families simply can’t. So what we are saying is we are looking for the money to modernise our arena (in Tallaght) which has barely had more than a lick of paint since it was built in 1994 and to be able to properly fund the international programmes again.

“Sport Ireland and the Department have been supportive throughout but clearly, as we have seen with football, this is about political will and what we are calling for is the decision makers in the next government to sit down and listen to our case. If they don’t think it merits the funding then we will have to live with that but we believe that we deserve to be heard.”

Asked if he thought he might be accused of sour grapes given his previous involvement with football, O’Byrne shrugged the notion off.

“I love basketball but I started as football and will end as football. Anyone who would suggest that I would argue against it doesn’t know me but there is certainly an issue of fairness here and people in basketball have been left with their heads in their hands, asking themselves why do they bother.”