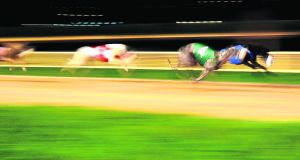 Clonbrien Hero has tested positive for a prohibited substance related to cocaine use. File photograph: ThinkStock

The winner of the prestigious €30,000 Irish Laurels, one of the biggest in Ireland’s greyhound racing calendar, last July, has tested positive for a prohibited substance related to cocaine use.

Clonbrien Hero was found to have traces of benzoylecgonine, according to a report published by the Irish Greyhound Board (IGB) on Wednesday which cited dates of July 1st and 22nd.

The dog, which was trained by Graham Holland for Limerick owner Kay Murphy, won the Irish Laurels on July 22nd. Benzoylecgonine is a metabolite of cocaine which is detectable in both urine and blood.

Clonbrien Hero was described as a 5/2 “market drifter” in the race, behind favourite Kilgraney Denver.

Last December another of Mr Holland’s champion greyhounds, Clares Rocket, was kidnapped by a criminal gang for ransom but was later recovered unharmed without any money being paid.

The IGB publishes adverse findings of drug tests as part of its “robust testing regime”, it said.

In a statement following the latest findings, it said these results are reported to its control committee pursuant to greyhound industry racing regulations, with a request for the committee to investigate the matter as provided for in legislation.

Mr Holland, who is based in Cashel in Co Tipperary, has 2,542 recorded race wins and 421 entries so far this year. The victory in July was his fourth in the Irish Laurels.

Mr Holland could not be immediately reached for comment. On his website, he said he moved from the UK in 2002, thereafter growing his Tipperary kennels into a leading establishment in the competitive greyhound industry.

“Graham’s reputation, and continued success, as a trainer at the top of the game has seen him acquire many owners over the years from all around the world. From the UK and Irish owners to those based in Holland and Australia, ” it said.

Legislation was introduced in 2015 as part of the IGB’s commitment to greater transparency in the area of anti-doping and medication control.

As well as publishing details of adverse analytical findings in greyhound samples, this was done to ensure transparency in the outcome of cases before the control committee.

In 2016, secondary legislation brought in powers to implement off-track sampling of greyhounds for prohibited substances, whether in training or otherwise.