Ex-prisoner’s right to privacy breached by ‘slopping out’ regime 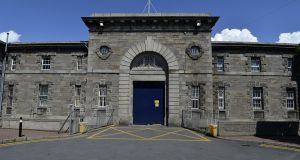 The slopping out regime was condemned in 1993 by the European Committee on the Prevention of Torture. Photograph: David Sleator

A High Court judge has ruled a former prisoner’s constitutional right to privacy was breached by the “slopping out” regime in Mountjoy Prison.

However, Gary Simpson was not entitled to damages against the State for reasons including that he gave some “grossly exaggerated” and “untruthful” evidence, Mr Justice Michael White also held.

The judgment in the case, which ran over a six month period, is expected to have implications for hundreds of other cases by prisoners.

While the judge stressed he did not accept the State’s claim that this was a test case, pointing out each case would have to be decided on its own circumstances, legal sources regard the judgment as very significant.

Mr Simpson sued over conditions experienced while sharing a cell, designated as a single cell, in D1 wing in Mountjoy over some eight months in 2013.

In his 126 page judgment, the judge rejected a core claim by Mr Simpson that the slopping out regime meant he was subject to torture or inhuman or degrading treatment for which the defendants had liability.

He could not accept a finding by the European Committee on the Prevention of Torture that slopping out was inhuman and degrading amounted to a finding of breach of rights under the Constitution or European Convention on Human Rights.

He was taking into account all of the circumstances of Mr Simpson’s imprisonment, including that he had sought protection and a clear intention by the defendants to refurbish Mountjoy and the fact works were ongoing at the time of his imprisonment.

He also had to give leeway to the judgment of the prison authorities concerning the safety of prisoners.

The judge said he had “huge issues” about Mr Simpson’s credibility on some matters, including the frequency of showers, but accepted some of his evidence of a restricted regime concerning showers and that it was very difficult to get out to toilets during the day. He was also critical of some aspects of the defendants’ evidence.

However, he upheld Mr Simpson’s claim of breach of privacy rights under the Constitution.

He said Mr Simpson, while on protection, was at one stage sharing a cell that had no running water or in-cell sanitation with another prisoner and, at another stage, with two other prisoners. A modesty screen or a commode structure would have “gone a long way” to give better respect to his privacy rights but was not provided, he said.

This claim related to 2013 when the defendants were subject to a clear direction from prison inspectors that, except in exceptional circumstances, a prisoner should not be in a doubled up cell if in protection, he also noted.

Taking all matters into consideration, he took the view that Mr Simpson’s privacy rights were breached as a result of the slopping out practice in the circumstances of his imprisonment and he was entitled to a court declaration in that regard, the exact wording of which will be decided later.

The judge held Mr Simpson was not entitled to damages for the reason that he had lied about stomach cramps and microbiology evidence disclosed there was no risk to his health. It was also accepted there was no mental injury other than increased stress as a result of his conditions of imprisonment.

He could not award damages because of the gross exaggeration of some of Mr Simpson’s evidence and some untruthful evidence. The judge was also taking into account that Mr Simpson had not sought judicial review at the time of his imprisonment and that refurbishment work was underway at the time and prisoners were assured the regime was temporary.

Because of those findings, there was no need to address claims for declarations under the European Convention on Human Rights, he held.

In his action, Mr Simpson claimed damages, including exemplary damages, alleging his human rights were violated, he experienced feelings of humiliation, degradation and worthlessness and his mental health was affected over enduring the slopping out regime in Dublin’s Mountjoy Prison.

The slopping out regime was condemned in 1993 by the European Committee on the Prevention of Torture and was also criticised in a range of reports, including by the Inspector of Prisons in Ireland. A report by the Thornton Hall Review Group addressed the impact of such conditions on prospects of rehabilitation.

The State in 1995 said it accepted fully the concerns of the CPT and in 2010 began a programme of prison refurbishment with a goal of single cell occupancy and in-cell sanitation.

The judge was told Mr Simpson lost his mother at an early age, developed problems with alcohol and became homeless at 16.

He was in Mountjoy as a result of being sentenced to six years, with three suspended, for robbery offences. He sought transfer to D1 wing for his own protection because he felt vulnerable to attack from other prisoners.

There was no in-cell sanitation and no running water - basins and other receptacles were provided for prisoners to urinate and defecate into and for washing, the court heard.

Mr Simpson claimed he felt low self esteem as a result of the slopping out regime and experienced feelings of anger, humiliation and a “sense of worthlessness”.

In an initial response to the judgment, the Department of Justice said one of its officials was present in court for delivery of the ruling.

“The final written judgment will be carefully considered in due course when it is published,” said a spokesman.

He said the Government has made significant progress in ending “slopping out” in recent years and would continue to prioritise this issue.

He said that all but 2 per cent of prisoners now had access to in-cell sanitation.

“On completion of the upgrade projects at Limerick and Portlaoise prisons, slopping out will be completely eliminated across prisons,” said the spokesman.