Josephine Pender’s daughter disappeared in August 1996, at the age of 25 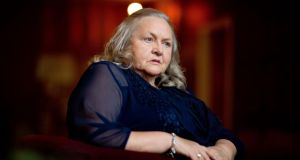 The mother of missing Offaly woman Fiona Pender who had campaigned tirelessly for information about her daughter who disappeared in 1996, has died after a short illness.

Josephine Pender had always held out hope of finding the remains of her missing daughter and unborn grandchild.

The 25-year-old hairdresser and part-time model was seven months pregnant when she disappeared in August 1996.

“The community of Tullamore is greatly saddened by the death of Josephine Pender,” Msgr Sean Heaney said. “Her determination and single-mindedness have been an inspiration to many people who are similarly tortured by the unsolved mystery of the disappearance of a loved family member. There is great sadness that Josephine did not live to see” its closure.

The Pender family has had to deal with several other tragedies. In 1995 Fiona’s older brother Mark was killed in a motorcycle crash, and in 2000 her father, Sean, took his own life, which Josephine attributed to his inability to cope with his loss.

Mrs Pender spent 21 years giving interviews and appealing for information about her daughter’s disappearance, and took part in a community campaign that resulted in the creation of Fiona’s Way, a walk along the Grand Canal in Tullamore.

Last month Mrs Pender again appealed for information as she attended the annual walk and charity fundraising event to mark the anniversary of Fiona’s disappearance.

In a statement, Minister for Justice TD Charlie Flanagan expressed sympathy with the Pender family.

“The family has endured tragedy and sadness over a long number of heartbreaking years since Fiona’s disappearance,’’ he added.

Tullamore Councillor and Pender family friend Brendan Killeavy (SF) said he was devastated at the news. “It’s very sad for the family and the community of Tullamore and Offaly, who would feel very much for Josie.

“Josie was a close friend, someone I got to know over the last four or five years in particular. It’s only a couple of weeks since we held the walk for Fiona. She (Mrs Pender) looked well, she seemed well and was in very good form,” he recalled.

However, he expressed his hope that she might now be able to have some peace and be reunited with Fiona and her unborn child.

Mrs Pender is survived by her son John and grandchildren. Her funeral details have yet to be announced.

Residents in centre for autism had to stay in bedrooms ‘for own safety’ 13:59
CervicalCheck tribunal starts work and is accepting claims from women 13:23
Traffic ‘significantly busier’ as State exits second lockdown 13:14
Taoiseach does not expect new restrictions before Christmas if Covid-19 cases rise 13:12
Almost €130m to be paid in arrears to recipients of pandemic payment 12:54